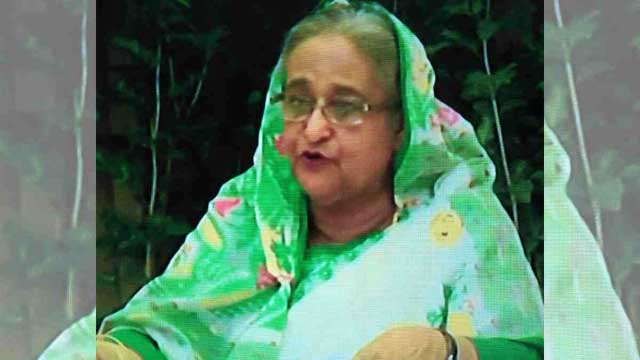 Prime Minister Sheikh Hasina on Tuesday said the government declared holiday to prevent the transmission of COVID-19 might be extended till April 9.

"We've announced a 10-day holiday, but this might be extended for 14 days. We might extend the holiday till April 9 with some relaxation for some sectors on limited basis," she said.

The Prime Minister said this while holding a video conference with the officials of 64 districts to coordinate the ongoing activities to contain coronavirus from her official residence Ganobhaban.

The government on March 23 declared general holidays from March 26 to April 4.

The government announced holidays for five days from March 29 to April 2. March 26 was a public holiday on the occasion of Independence Day, while March 27 and 28, and April 3 and 4 are weekends that merged with the five-day holiday.

But kitchen markets, food shops, pharmacies, hospitals and all emergency services are out of the purview of the general holidays.

The Prime Minister said the holiday may be extended because many people went to their villages.

"We've to count the quarantine period in this connection so that there should not be any outbreak of COVID-19," she said.

She also said that with that extension of holidays the communication system has to be open on limited basis.

"We have to think before declaring those relaxed sectors from the purview of the holiday," she said.