Thousands of readymade garment (RMG) factory workers started heading back to Dhaka from northern and southern districts on Saturday to save their jobs, ignoring risks to their lives and a potential coronavirus outbreak.

The government has shutdown educational institutions, cut off mass transports and urged people to stay indoors to contain the spread of the virus. But its efforts will face a tough challenge as thousands start returning to the capital to attend work. 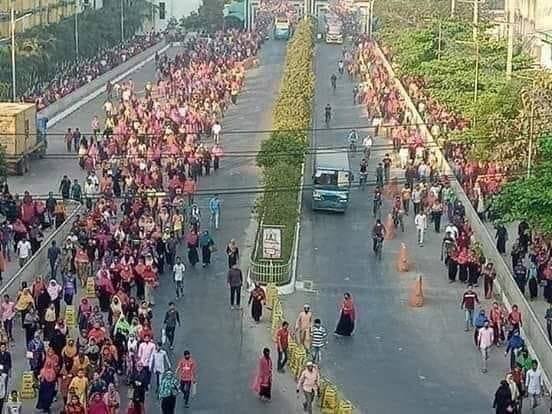 Bangladesh’s labour-intensive RMG sector is particularly vulnerable to coronavirus outbreak which could seriously hamstring operations and push down the country’s export earnings, most of which come from here.

Health work experts have urged the government to pay attention to the sector, the second largest exporter of goods after China, to prevent a possible outbreak here since people work in close proximity to each other. 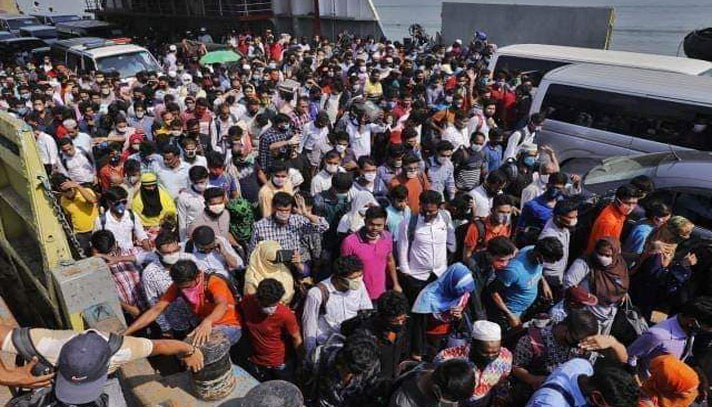 People who are returning are mostly RMG workers and they say they are faced with the difficult choice of either staying home and losing jobs or returning to work braving coronavirus. 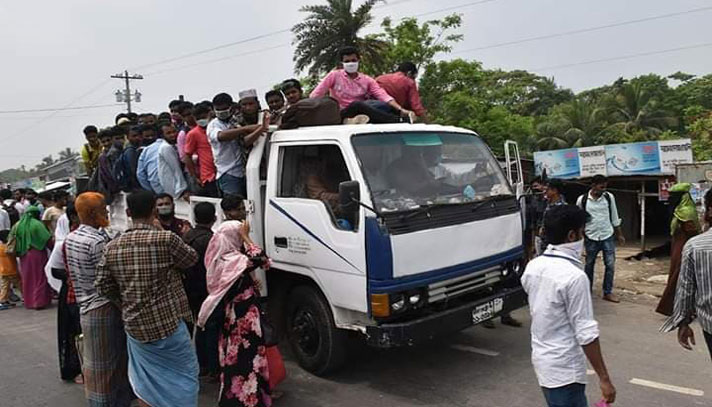 In Munshiganj, hundreds of people were seen crossing the Padma River by ferry and speed boats defying the risk of coronavirus spread.

Asked about how they came to the ferry terminal, most of them said they came by microbus, motorcycle, human haulers and covered vans as public transports were suspended.

Bangladesh Army set up a check post at Louhajang on Dhaka-Mawa Highway and sending back all kinds of vehicles.

People were seen using the Louhajang-Tongibari-Munshiganj-Narayanganj route for the restriction on Dhaka-Mawa Highway.

In Gazipur, defying government’s instruction of staying home and avoiding mass gatherings, a huge number of people entered Gazipur and the capital from northern districts. 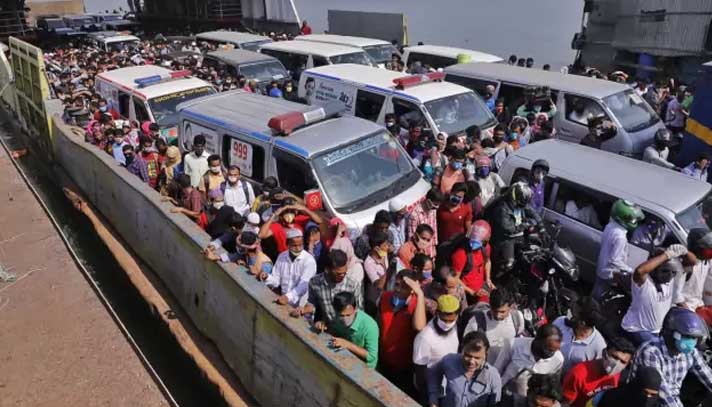 In Joinabazar on Dhaka-Mymensingh Highway hundreds of garment workers on pick-up vans, trucks and auto-rickshaws trying to enter the city.

When they were obstructed by highway police, they got down from the vehicles and started walking.

Workers said they came a day earlier as their factories will open on Sunday and they have been told to attend office on time.

Authorities of the factories also told them that if anyone fails to join the workplace in time, that worker might be sacked.

In Manikganj, thousands of people gathered at Paturia Ferry Terminal amid the countrywide lockdown to return to the capital. 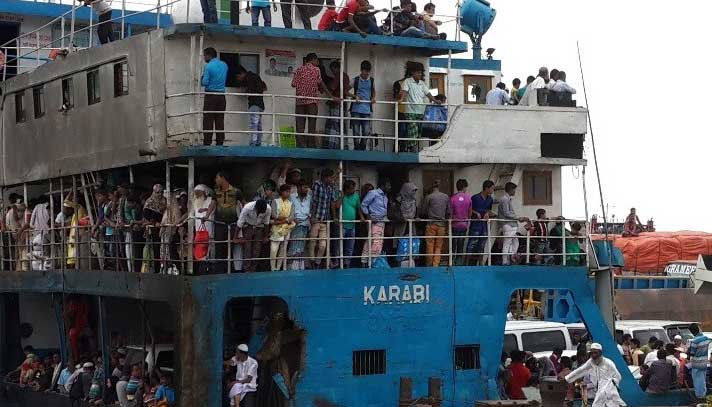 Most of them came by trucks, pick-up vans, microbuses while some were seen walking.

Thousands of people were seen waiting at Uthali, Aricha and Paturia Ferry Terminal bus stands for buses while the administration at the check post was forlorn in the midst of huge crowd.

Manikganj Deputy Commissioner SM Ferdous said people started crossing the river since the morning and most of them are garment workers.

They have been entering the capital for works, the DC said, adding that they are not listening to the directions of the administration.

The workers said they were not paid last month and if they fail to g to work, then they will not get their salaries.

Abdullah Al Mamun, officer-in-charge of Sherpur Sadar Police Station, said they are trying to persuade the workers to return home and stay indoors but nothing seems to work.

Law enforcers, members of Bangladesh Army, and local administration working in the area but nothing could stop the workers’ flow to reach their workplace to save livelihood.

Rabiul Islam, a resident of Vayadanga village under Sreebodri upazila, said he works at M Sweater Factory in Gazipur which will open on Sunday.

“I must join the work otherwise I’ll lose my job,” he said.