Chhatra League clash: 7 cops among 15 others injured in Barisal 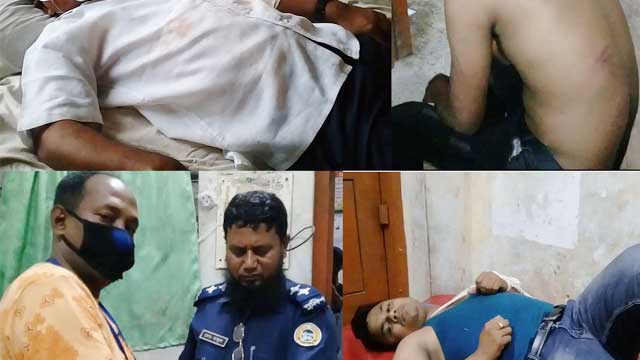 At least 15 people including 7 policemen were injured in a clash between two factions of the Bangladesh Chhatra League in Barisal.

Two houses and at least 20 motorcycles were vandalized during the incident that took place at Gournadi upazila on Saturday afternoon.

“Santu attacked my men and later attacked my home, injuring my mother and father-in-law before vandalizing the house.”

Later, police took control of the situation, he added.

Contacted, Gournadi upazila unit Chhatra League President Santu Bhuiya, denying the allegation, said: “None of my activists were involved in the incident.”

“I heard that Sumon Mahmud and his men attacked Rasheduzzaman to extortion money out of him,” he added.