Economic activities have to be resumed for livelihoods 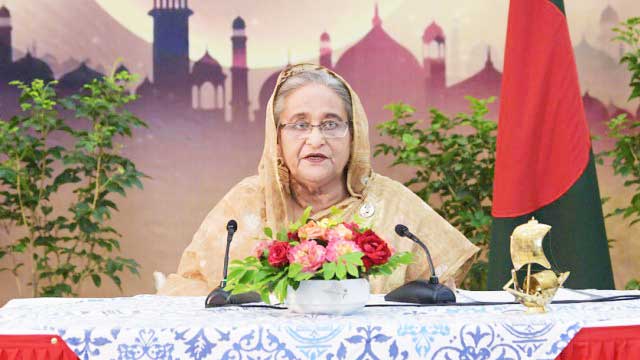 Prime Minister Sheikh Hasina on Sunday said economic activities have to be resumed for the sake of the lives and livelihoods of people.

"Most countries of the world have already compelled to relax their lockdowns because it’s not possible to restrict people's paths of income for an indefinite period. It’s not possible at all for a developing country like Bangladesh," she said.

The Prime Minister said this while addressing the nation on the occasion of holy Eid ul Fitr.

The Prime Minister said the World Health Organisation (WHO) in its forecast said this coronavirus pandemic will not go away so quickly. "But life won’t stand still…we’ve to move on taking coronavirus with us as long as the vaccine is developed," she said.

Talking about the resumption of the economy, the Prime Minister said the government has already announced a Tk 101,117 crore stimulus package, which is 3.6 percent of the GDP.

She said 18 economic sectors, including export-oriented industries, small, medium and cottage industries, agriculture, pisciculture and poultry have been brought under this package.

To help the jobless youths and expatriates who have returned from various countries, the government has allocated Tk 2,000 crore (Tk 500 crore each) for Palli Sanchay Bank, Karmasangsthan Bank, Prabashi Kalyan Bank and Palli Karmo Sahayok Bank, she said.