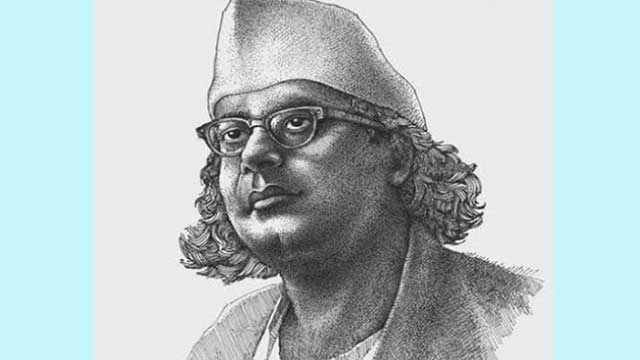 The 121st birth anniversary of National Poet Kazi Nazrul Islam observed in the country today.
But unlike previous years, there will be no public function this year because of the coronavirus outbreak.

Born on May 25, 1899 at Churulia village in Burdwan district of West Bengal in India, Nazrul had inspired people to fight against injustice and repression of the colonial rule through his writings.

Bangladesh Television and Bangladesh Betar will air various programmes on the occasion.

President Abdul Hamid and Prime Minister Sheikh Hasina issued separate messages highlighting the colourful life of the poet and his contributions to Bangla language and literature.

In his message, the President said, “Nazrul’s write-ups inspired us to join all democratic movements and battles, including the anti-British movement, the Language Movement, the mass uprising in 1969, and the Liberation War.”

He expressed his belief that the immortal presence of Nazrul will keep the Bengali nation alive forever.

In her message, the Prime Minister said, “We must continue to work together to build a secular, non-discriminatory, peaceful, happy and prosperous Bangladesh following the lifestyle of the rebel poet.”