Coronavirus: Bangladesh among the top 25 countries with highest number of cases 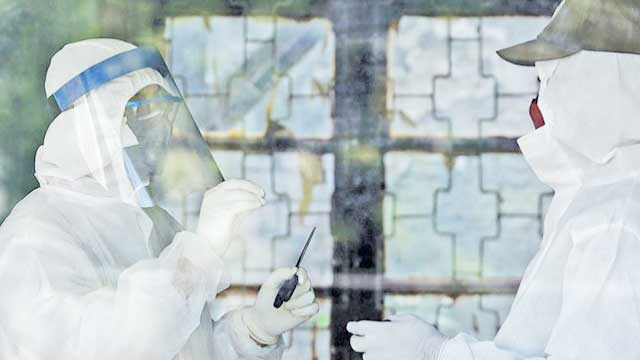 Bangladesh, with Sunday’s development, has become one of the top 25 countries with the highest number of positive Covid-19 cases worldwide.

According to the data published by Johns Hopkins University, as of 5pm on Sunday, Bangladesh held the 24th spot in the global list of countries suffering under the deadly virus.

Bangladesh reported 28 deaths in the past 24 hours, the highest daily count, taking the toll to 480 in the country after the first fatality was reported on March 18.

Also another 1,532 people tested positive for Covid-19 until Sunday morning, pushing up the total number of confirmed cases to 33,610.

With the latest data, Bangladesh now ranks third in terms of the number of people infected by Covid-19 amongst its South Asia neighbours followed by Indian and Pakistan respectively.

India so far has confirmed total 132,678 Covid-19 cases whereas in Pakistan a total of 54,601 people have been infected with the virus.

The other countries in the list are (top three as of Sunday):