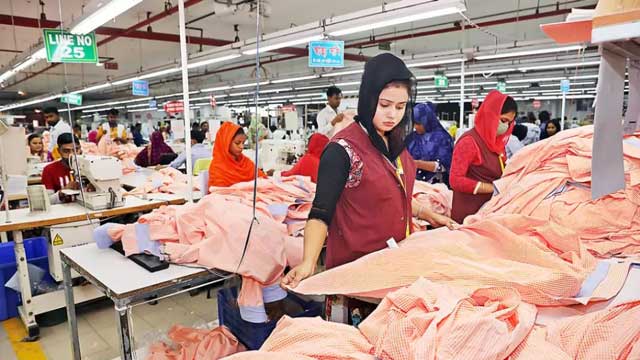 About 30 suppliers to Day’s empire, which includes more than 1,000 outlets including Peacocks, Austin Reed and Jaeger, arranged a letter from the Bangladesh Garments and Manufacturing Association trade body which accuses Edinburgh Woollen Mill and its agents of taking “undue advantage of the Covid-19 situation”.

They say Day’s retail group and its agents demanded hefty discounts, cancelled orders or withheld payment for goods already shipped or manufactured for the company.

The letter demands payment for goods already handed over to Edinburgh Woollen Mill’s shipping agents by 29 May and payment by 5 June for orders that are already in production. It says any discount requested by the retailer “beyond permissible limits” could lead to legal action.

“The demand for the discounts will not only be financially catastrophic, but will also expose our members to various claims and liabilities from regulations, banks and other third parties, which will eventually legally implicate the buyers themselves,” the letter seen by the Guardian says.

It also warns : “We will have no option but take the decision to place an embargo and blacklist the buyers and their agents who do not comply with our instructions, which will prevent them from conducting business with our members in the future either directly or indirectly.”

Fiona Gooch from campaign group Traidcraft Exchange said the letter was an “unprecedented response” from manufacturers who were under severe financial pressure because wealthy British retailers were not paying up.

“There are more than tens of thousands of workers in the suppliers to Philip Day’s UK businesses, and these young women and their families are at risk of becoming destitute if their wages are not paid. Philip Day is a billionaire, valued at £1.14bn, who can well afford to pay for what he has ordered,,” Gooch said.

A spokesman for EWM group said it not had a chance to consider the proposals or respond.

“When this global crisis hit, we had already paid for the majority of future stock, and we have since had productive discussions with individual suppliers about remaining stock,” the spokesman said. “We have engaged with all our individual suppliers with openness, honesty, and the best of intentions, even when the circumstances are difficult.

“We firmly view this to be a reasonable approach in the face of a collective and global industry challenge, which isn’t just disrupting a single link in the supply chain.

“Our discussions with the vast majority of suppliers have been positive, and they have understood that we are trying to find a balanced way forward that matches the immediate, urgent challenges faced by high street stores nationally and those of suppliers.”