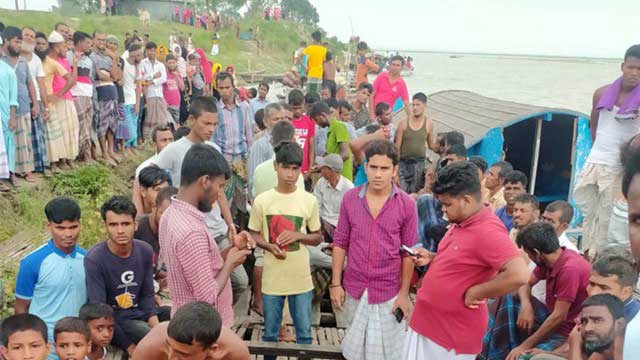 At least three people drowned and 16 others went missing as a boat capsized in the Jamuna river in Sirajganj's Chowhali upazila this noon.

The identities of the deceased could not be known immediately.

The boat, carrying at least 73 passengers, sank in Sthalchar area around 2:00pm due to the strong wind, said Mollah Masud Parvez, officer-in-charge of Enayetpur Police Station.

Most of the people managed to reach shore but some 19 people went missing, he said.

On information, a fire service team rushed to the spot and recovered three bodies from the river, said Md Monjurul Alam, station officer of Shahzadpur Fire Station in Sirajganj.

When this report was filed at 6:50pm, at least 16 people were still missing, according to the station officer.

Police and firefighters continued the rescue operation but it was hampered due to the strong current, he said.

The incident happened when all the victims, mostly day labourers of Chowhali upazila, were returning home from Enayetpur ghat, said the official.