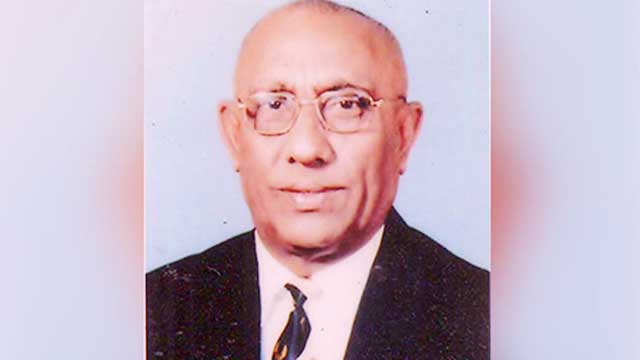 Bangladesh Nationalist Party (BNP) leader and former MP of Chandpur, MA Matin passed away on Tuesday while under treatment in Dhaka.

He was 87 years old and a member of BNP’s national executive committee.

He was also elected MP four times from the Chandpur-5 (Hajiganj-Shahrasti) constituency.

Matin had been the head of the parliamentary standing committee for the Water Resources Ministry.

Jatiya Oikya Front’s Office Chief Jahangir Alam and Member of BNP chairperson’s media wing, Shamsuddin Didar, said that MA Matin passed away at 9:00am at a hospital in Uttara.

He had suffered from a brain stroke a week ago and was admitted to the hospital where he was kept in the coronary care unit (CCU).

He left behind four daughters, a son and a host of relatives and well-wishers.

MA Matin’s body was taken to Hajiganj upazila of Chandpur where he was laid to rest in his family graveyard.