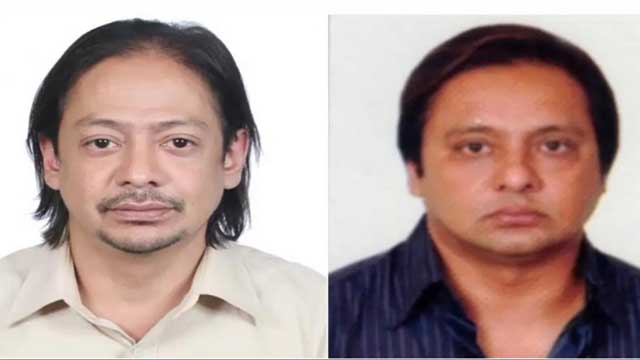 A Sikder Group air ambulance left Hazrat Shahjalal International Airport for Bangkok on May 25 with two passengers amid the coronavirus restrictions.

And the two "critical patients" were no one but Sikder Group Managing Director Ron Haque Sikder and his brother Dipu Haque Sikder, both accused of threatening to shoot and torture two top bank officials over loan permission, reliable sources, asking not to be named, told The Daily Star.

Immigration officials declined to disclose their identities, but airport authorities admitted that an air ambulance with two passengers indeed left for Thailand on May 25.

"A government authorised air ambulance flight left Dhaka for Bangkok on May 25 at 9:13am carrying two persons," he said yesterday.

The R&R Aviation Limited's hotline number relayed a recorded message: their operation is now suspended and would resume from May 31.

Asked about the identity of passengers, the Caab director suggested contacting immigration officials. Reached over the phone, the immigration desk declined to say anything.

The Daily Star tried to contact Sikder Group but could not reach anyone.

The two brothers came into discussion when Exim Bank authorities on May 19 filed a case with Gulshan Police Station accusing them of torturing two top officials of the bank and attempting to shoot them.

Foreign ministry sources said the Bangladesh embassy in Thailand sent a letter to the Foreign Ministry of Thailand on May 23 requesting it to allow the arrival of an air ambulance.

Thai government gave the permission on the same day and then a letter was sent to the Thai embassy in Dhaka, requesting it to issue medical visas for two persons.

The visa was issued on May 24 and they flew to Bangkok the next day, foreign ministry sources said.

The Daily Star called the Bangladesh embassy in Thailand twice but did not get any response. The officials also didn't respond to an email sent by this correspondent.

Flights between Bangladesh and Thailand were suspended since March 26.

Contacted, Baset Majumder said, "I issued the explanation under the instruction of Zainul Huq Sikder."

Asked about the whereabouts of Ron Haque Sikder, the lawyer said, "I talked to chairman Zainul Huq Sikder."