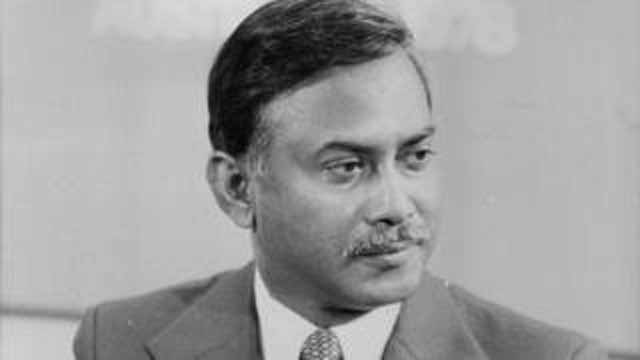 BNP will observe the 39th death anniversary of its founder and shaheed President Ziaur Rahman on Saturday.

BNP and pro-BNP socio-political organisations have drawn up different programmes, including online discussion meetings, and distribution of food and clothes among the destitute, to mark the day.

Zia founded BNP in 1978. He was assassinated by some army officers at Chittagong Circuit House on May 30, 1981.

Born on January 19, 1936 in Bogura's Bagbari, Zia was a sector commander during the Liberation War.

On Wednesday, BNP announced a 12-day programme to observe the death anniversary.

The programmes will begin on May 30 and end on June 10. All of them will be held maintaining social distancing rules amid the coronavirus outbreak.

As part of the programmes, black flags will be hoisted and party flags kept at half-mast atop the party's offices, including its Nayapaltan headquarters, at 6am on Saturday.

Besides, only the party’s standing committee members will place wreaths at Zia's grave at Sher-e-Bangla Nagar at 11am the same day by maintaining social distance.

The party will arrange an online discussion in the afternoon in memory of Zia.

BNP and its associate bodies will arrange virtual discussions on Zia’s activities, from May 1 to June 10 as part of the death anniversary programmes.

The party leaders will also distribute relief materials and clothes among the destitute at different parts of the city on the day arranged by Dhaka North and South units of BNP.

The party leaders and activists will distribute the relief and clothes avoiding any mass gathering and public meeting.