People’s suffering reaches a peak due to shortage of transports 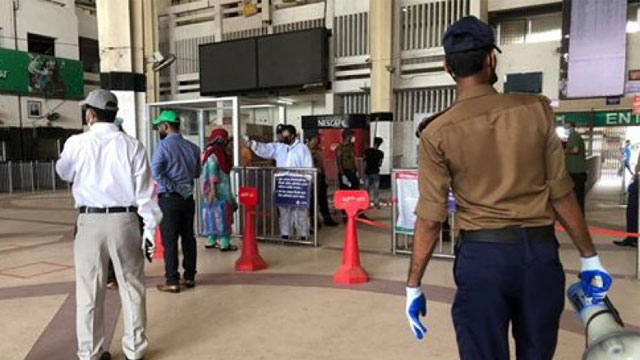 Suffering of office going people in the capital reached a peak on Sunday due to shortage of buses on road on the first working day after the general holidays.

In the morning, huge number of vehicles, especially cars, were seen in the city’s busy areas while traffic congestion was seen at Motijheel.

People from different walks of life were seen gathering on streets in Dhanmondi, Karwanbazar, Banglamotor, Shajahanpur and Kamalapur areas for transports at about 12:00pm on the day.

‘Without bus service it’s just a torture on common people,’ said Habib, a passenger who was waiting for transport at Karwanbazar.

On the same day Bangladesh Railway and launch operators resumed their services.

Suborno Express from Chattogram, Bonolota Express from Rajshahi, and Kalni Express from Khulna arrived at Kamalapur railway station with limited number of passengers at about 1:00pm.

However, no train left Dhaka till 1:00pm while Kalni express was scheduled to start from Dhaka at 1:30pm, said the station manager Aminul Islam.

On Sunday, a total of seven trains were scheduled to leave Dhaka, he added.

Rush of passengers was also seen at the launch terminals.