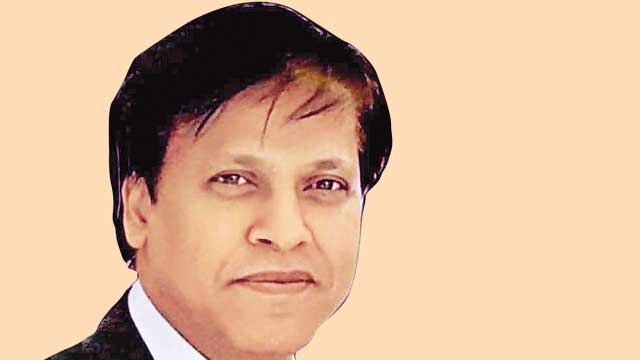 Bangladeshi lawmaker Shahid Islam, who is being held in Kuwait on charges of human trafficking and money laundering, has admitted to bribing Kuwaiti politicians and government officials.

Shahid has been accused of using the Bangladesh embassy to serve his business interest in Kuwait. He used the embassy to blacklist one Bangladeshi businessman and at least two media workers there.

Bangladeshi expatriates in Kuwait and three victims returning to the country recently made these allegations to Prothom Alo. Shahid Islam allegedly used the embassy to force them to return to Bangladesh through Kuwait's CID, for raising voice against his business monopoly and misdeeds.

According to a Kuwaiti source, in November last year, the Kuwaiti government called for tenders for the cleaning and maintenance of a Kuwaiti mosque complex and a work of the National Aviation Authority. The three-year contract will include about 1,000 workers for the mosque complex and 300 for the aviation authority. JM Group of Companies Kuwait, a joint venture between citizens of Bangladesh and Kuwait, took part in the open tender. Shahid Islam kept pressuring Zafar Ahmed, one of the owners of the company and a citizen of Bangladesh, to step down so that the JM Group would not be offered work in the tender. However, the JM group ignored the MPs' threats and took part in the tender.

When asked, Zafar Ahmed told Prothom Alo on Sunday, "After the arrest, the CID informed me that Bangladeshi ambassador SM Abul Kalam had given them information that there was a case in my name in Bangladesh. So I will be deported.”

He suspected that the ambassador sent a letter to the CID to send him back to the country being influenced by Shahid Islam.

Asked about the deportation of a number of businessmen and media personnel following the embassy's letter, ambassador SM Abul Kalam told Prothom Alo Tuesday, "I did not write to the CID to send anyone back to the country. I do not have the authority to do that. I can send a letter to the Ministry of Foreign Affairs. I never saw Zafar Ahmed. However, we have asked the Ministry of Foreign Affairs to take action against the visa agents as per specific complaints.”

The embassy and Shahid Islam were reportedly furious with a quarter of Bangladeshi media workers stationed in Kuwait for reporting on Shahid Islam's misdeeds and irregularities. Following this, the correspondents of two TV channels of Bangladesh were sent back to the country in November last year.

One of them, Kamrul Hasan Majumder, was summoned to the Kuwait CID office. He was informed that the embassy made a ‘black list’ and since it includes his name, he has to return home. He was later detained at the CID office. On 29 November last year, the CID released him and deported him.

When asked, Kamrul Hasan Majumder told this correspondent on Tuesday, "If there was any complaint against me, the embassy could have called me and given me a chance to defend myself. They did not as embassy officials and employees are more involved in corruption lately than in the past. They were not happy with us for reporting about those irregularities.”-Prothom Alo