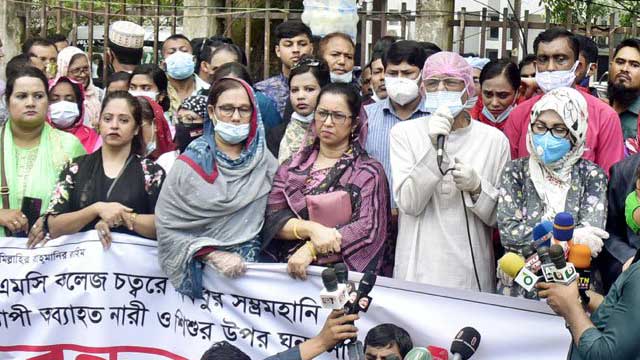 He said this while speaking at a human chain formed in front of the National Press Club.

Bangladesh Jatiyatabadi Mahila Dal formed the human chain protesting against the increasing number of rapes and incidents of repression on women in Bangladesh.

The AL government has turned the society into an uncivilised one where women have no security, Fakhrul said.

‘This government has not come in power through the mandate of people. It is now trying to remain in power applying forces, using administration and law enforcers,’ the BNP leader said.

He called on all the opposition political parties to be united and wage movement to end the ‘misrule of the government’.

BNP senior joint secretary general Ruhul Kabir Rizvi said that the Awami League government had created anarchies in the country. ‘They have introduced reign of terror in the country,’ Rizvi said.

He called on the government to step down immediately and hold a free and fair general election under the caretaker government.