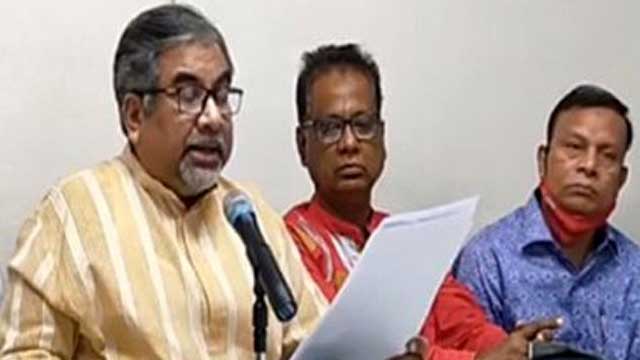 BNP on Monday alleged that the ‘cadres’ of Awami League candidates have become desperate to obstruct opposition candidates from carrying out electioneering in Dhaka-18 and Sirajganj-1 by-polls being pampered by local administrations.

“Awami cadres are attacking BNP candidates and their supporters and voters in Dhaka-18 and Sirajganj-1 constituencies. They’re also threatening our leaders and activists to torture or arrest either in old or fresh fictitious cases,” said BNP’s acting office in-charge Syed Emran Saleh Prince.

Speaking at a press conference at the party’s Nayapaltan central office, he also alleged that law enforcers are not taking any action against those destroying the election atmosphere and creating chaos.

“Instead, the local Awami League leaders and activists are showing a desperate attitude by foiling our candidates’ electioneering abetted by local administrations. We condemn such attacks and obstructions to election campaigns,” Prince said.

He said the ruling party candidates are regularly violating the election code of conduct as the Election Commission is playing a ‘subservient’ role. “The government is indulging in a robbery in the name of election to ensure the victory of its candidates.”

The BNP leader called upon the voters to come up with a united resistance to foil the government’s move to hold a farcical election like December-30 one with the help of the Election Commission.

The voting of the by-polls to Dhaka-18 and Sirajganj-1 seats will be held on November 18.

Prince strongly condemned and protested the attack on a Navy officer and his wife in the capital’s Dhanmondi area on Sunday night reportedly by some youths, led by ruling party MP Haji Selim’s son. “There’s now no security of people of all walks of life in the country due to reckless behaviour of the ruling party men.”

He urged the government to arrest the attackers immediately and ensure their exemplary punishment.