BNP with those protesting satirical cartoons 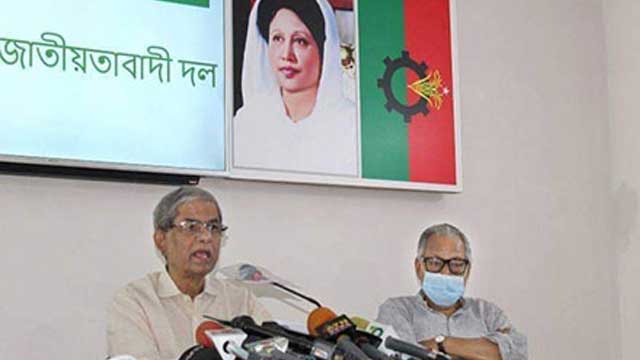 Condemning the satirical cartoons insulting Prophet Mohammad (Pbuh) in France, BNP on Sunday expressed solidarity with the protests by people of all races and religions and the Muslim Ummah against such a dreadful crime.

“BNP expresses solidarity with angry reactions and protests by around 200 crores of Muslims and different countries against the defaming of sacred religion Islam and the greatest Prophet Mohammad (Pbuh) and France President’s position in favour of it,” he said.

Speaking at a press conference at BNP chairperson’s Gulshan office, Fakhrul also said BNP, which is respectful to all religions, thinks disrespecting any religious leader in the name of freedom of expression cannot be accepted in any way.

“BNP also thinks the publication of such a cartoon of the greatest Prophet is a grievous crime. We strongly condemn it,” he said.

French satirical weekly Charlie Hebdo recently republished offensive cartoons against Prophet Muhammad (Blessings of God upon him and his progeny).

The blasphemous cartoons have prompted condemnations and protests across the Muslim world, but French President Emmanuel Macron strongly defended the publication of the cartoon

Fakhrul said the publication of the cartoons and extending support to it is a crime like inciting religious conflicts.

At the same time, he said, it is also not acceptable to kill people as a way of registering protest against the cartoons.

The BNP leader also said the unwarranted situation created around the world by hurting the religious sentiment of the followers of Holy Islam and the Prophet (PBUH) has become an insurmountable threat to the unity and harmony of all mankind. “The President of France must be proactive in discharging his humanitarian and democratic responsibilities such as recognising religious freedom and values to overcome the crisis.”

He criticised the Bangladesh government for not protesting against the French magazine’s cartoon as per the hopes and aspirations of the country’s people. “The government still didn’t give any reaction to it, exposing its true colour.”

About the Election Commission’s move to amend some laws, the BNP leader said if the laws are amended as per the proposals of the Commission it will put democracy into a serious threat. “It’ll also become very difficult to hold fair, credible and participatory elections in the days to come.”