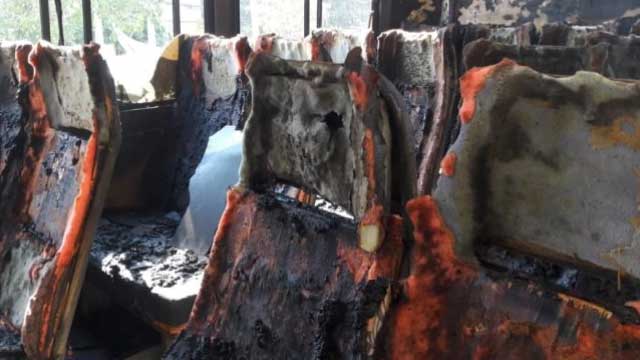 "If there is no democracy in the country, the miscreants carry out such sabotage," he said at a press conference at Dhaka Reporters’ Unity (DRU the on Friday.

He alleged that there are “some agents of the government who carry out such sabotage to disrupt peace.” “We strongly condemn such obstructive sabotage.”

“At first, the goal of the one-eleven government was “minus two”. They later implemented “minus one'. And the Awami League leaders played an active role in their work. At that time, Sheikh Hasina said, if she comes to power, she will give legality to all the works of one-eleven government,” he said.

“That is why when she came to power, she continued to eradicate BNP, which did not and will not bring good results for democracy,” the BNP leader added

“The process of systematically hijacking democracy has begun. The government controls the electoral system, which hampers democracy. Without democracy there is no accountability. This is the big problem,” he further said.

In response to the statement of Awami League General Secretary Obaidul Quader, the BNP secretary general said: "The biggest obstacle for democracy is the Awami League, and not tBNP."

“By forming Bakshal, they buried the democracy of this country. They have enacted various laws, including the Digital Security Act, which are not in favour of democracy,” the BNP spokesperson said.

At the press conference, Fakhrul informed that BNP Chairperson Khaleda Zia's health condition was stable and all measures had been taken for her treatment. Her going abroad for treatment depends on the situation.

“There is no conflict in BNP. The party's standing committee meets every Saturday. Everything is decided there. BNP is united. Khaleda Zia has influence in our politics. She is still with us did not leave politics,” Fakhrul said.