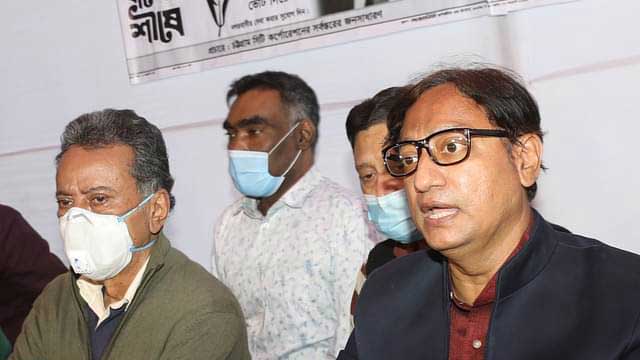 While casting his votes around 10am on Wednesday at his own centre at Baklia, the BNP candidate complained of ousting polling agents and voters, filing false cases against BNP councilors and activists, and stealing votes from all the centres during the Chittagong City Corporation (CCC) election.

“Many known BNP voters were stopped by police from entering the centers,” they claimed.

The balloting began around 8am and was continued till 4pm without any break.

Zahirul Islam, in-charge of Chittagong Medical College and Hospital police outpost, said six people with bullet wounds were brought to the hospital and one of them was pronounced dead around 10am.

On Tuesday, 25 platoons of Border Guard Bangladesh (BGB) troopers were deployed in Chittagong city along with 9,000 police personnel ahead of the CCC election.