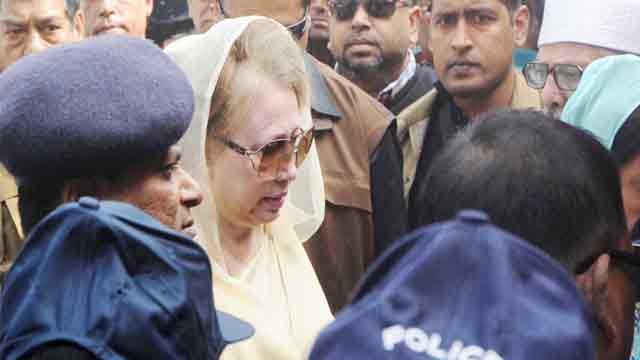 Dhaka, Feb 23 (Just News): BNP Secretary General Mirza Fakhrul Islam Alamgir on Friday claimed that their party is now much stronger and more united than in the past after the jailing of its chairperson Begum Khaleda Zia.

"They (the government) thought BNP would get split after the jailing of our leader (Khaleda Zia). We would like to confidently say that BNP did not face split, but got stronger further," he said.

Speaking at a discussion, he further said, "Our young leader and senior vice-chairman Tarique Rahman has taken the charge of party's acting chairman as per our constitution in absence of chairperson. We all have now become united and we are running the party under his leadership. BNP is now more united and much stronger than before."

BNP organised the programme at the Institution of Engineers, Bangladesh, marking the Language Martyrs Day and International Mother Language Day.

Mentioning that the nation is passing through a serious critical time, Fakhrul said their party has been on a struggle not only for making its own interest and freeing Khaleda Zia, but also for protecting the country and its sovereignty and restoring democracy.
He alleged that there is hardly any BNP leader at from its top to bottom is not facing political cases. "This situation can't continue in a democratic country. We must bring a positive change in it."

The BNP leader urged his party colleagues not to fall in the trap set by the government by refraining from responding to any provocation.

"We all will remain united and free our leader Khaleda Zia and restore democracy through a democratic movement," he said.