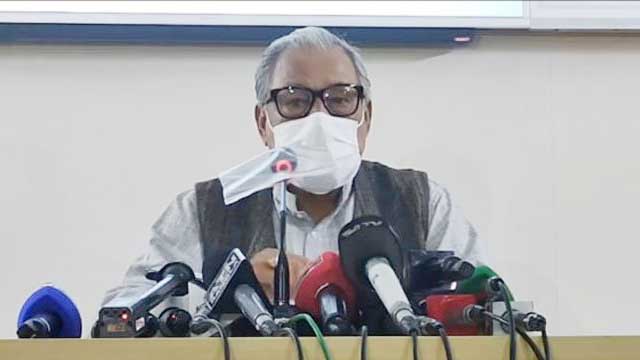 BNP on Tuesday demanded the government immediately stop the collection of personal information about its leaders and activists by the National Security Intelligence (NSI) as it thinks it is a move that goes against fundamental rights.

At the press conference, Nazrul informed journalists about various decisions taken by the BNP standing committee at its virtual meeting on Saturday last.

“Our standing committee meeting voiced concern over the NSI’s initiative to collect personal information about BNP leaders and activists at different levels. We think the move was taken to fulfill ill-political motives. We demand that such efforts that go against any individual’s fundamental and political rights be stopped.”

Nazrul said their party had earlier sought an "acceptable and credible" explanation from the government about the investigative report aired by Qatar-based news channel Al Jazeera on the country and a sensitive institution. “Our standing committee meeting condemned the government's failure to come up with the explanation,” he said.

The BNP leader said their party will soon hold a press conference on the Al Jazeera’s report titled 'All the Prime Minister's Men'.

He said their meeting also denounced sentencing party acting chairman Tarique Rahman, by a Narail court, 10 BNP leaders by a Satkhira court and 47 others by a Pabna court in ‘false’ cases.

Besides, Nazrul said BNP’s commerce affairs secretary Salahuddin Ahmed was sent to jail by another court.

In protest against these incidents, he said their party leaders and activists will stage demonstrations in all metropolitan cities and district towns on Thursday next.

The BNP leader said their party condemned the military coup in Myanmar ousting an elected government. “The people of Bangladesh express solidarity with the pro-democracy people of Myanmar.”

He said their meeting urged the government to be more tactful and proactive in ensuring the safe return of Rohingyas to their motherland Myanmar.

The meeting also voiced concern over the government’s failure to check the growing prices, the BNP leader added.