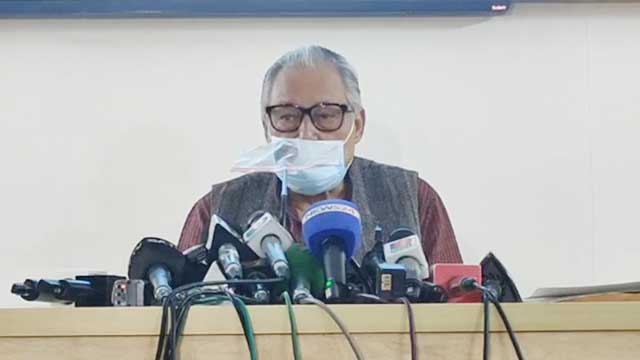 Opposition Bangladesh Nationalist Party on Monday called on the government to withdraw the travel ban imposed on its chairperson Begum Khaleda Zia to facilitate her treatment abroad.

Nazrul said in the press conference that Khaleda Zia is seriously ill and her treatments are not possible here.

‘She needs to go abroad for better treatments, but you know there is a ban imposed by the government,’ said Nazrul.

‘We demand the withdrawal of the ban as she is required to go abroad for treatment and her basic rights should be fulfilled,’ Nazrul said.

Khaleda was released from Bangabandhu Sheikh Mujib Medical University’s prison cell on March 25 after more than two years in jail on two conditions — she would take medical treatment from home and she would not leave the country.

She was in jail since February 8, 2018, the day she was convicted to serve five years in jail in the case of the Zia Orphanage Trust graft case.