Khulna bus service to remain suspended ahead of BNP rally 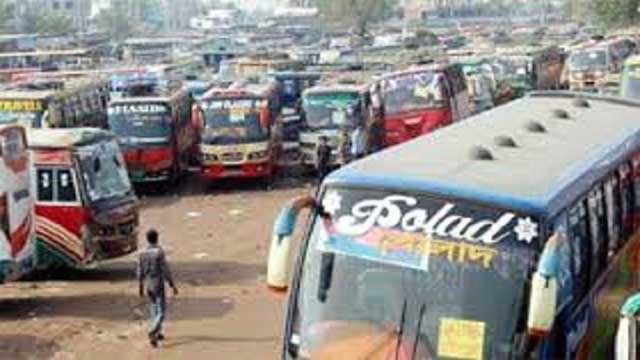 Transport workers on Friday decided to suspend movement of all buses from and towards Khulna city for 24 hours from Friday evening.

As per the decision no buses from Khulna city would leave from Friday 6:00pm to Saturday 6:00pm, said other leaders.

No buses would be allowed to enter the city either, they added.

Meanwhile the BNP is scheduled to hold the rally at its party office on Saturday noon.

The party senior joint secretary general Ruhul Kabir Rizvi complained on Thursday that police in Khulna had started harassing the leaders and activists of the party before the rally.