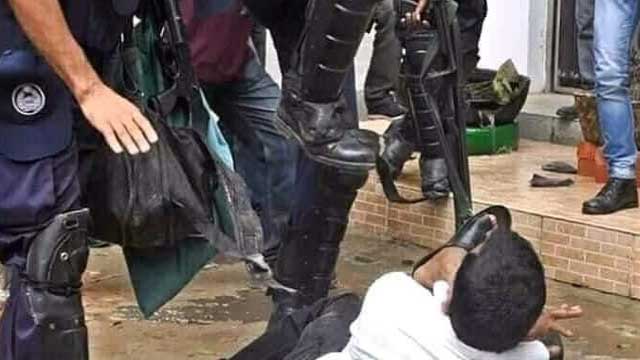 Over 50 people, including eight cops and a journalist, were injured as police and opposition Bangladesh Nationalist Party’s student wing Jatiyatabadi Chhatra Dal activists locked in a clash after the police foiled a scheduled JCD rally in front of the National Press Club in the capital by charging batons and lobbying teargas shells on Sunday morning. 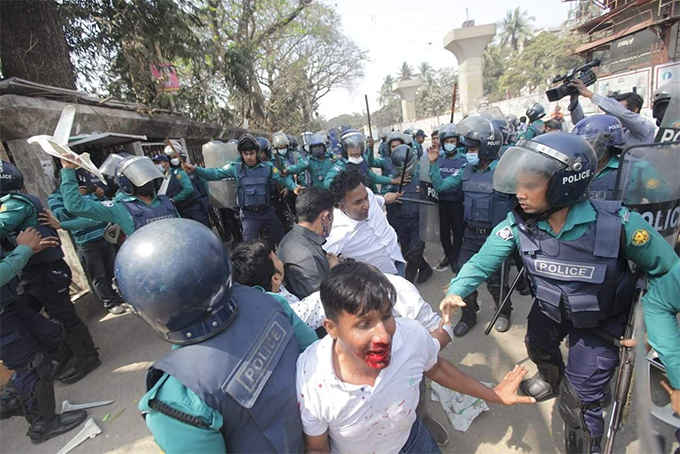 The JCD on Saturday announced the rally in front of the National Press Club at 11:00am on Sunday demanding the cancellation of the Digital Security Act and protesting against the death of writer Mushtaq Ahmed in jail and the government initiative to cancel BNP founder and late president Ziaur Rahman’s gallantry award which was conferred upon him for his heroic role in the liberation war.

The police detained at least nine JCD activists from the protest venue and in the Dhaka Medical College area where they went with their injured comrades. 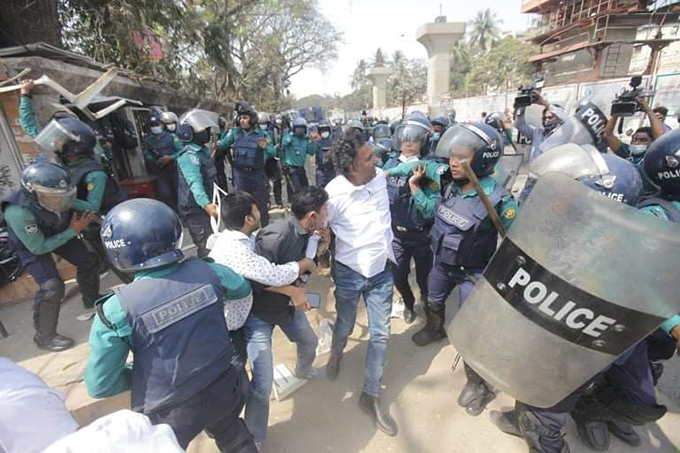 Leaders and activists of JCD began to gather at the Press Club and its adjacent areas since 9:00am when a huge number of police personnel, a water cannon, an armed car and a prison van were deployed.

At about 11:00am, former JCD president and BNP joint secretary general Habib-un-Nabi Khan Sohel along with JCD president Fazlur Rahman Khokon and general secretary Iqbal Hossain Shyamol talked to the police personnel at the Press Club when the members of the police told them to hold their rally only after getting permission from the police authorities, JCD leaders and police officials said.

Minutes after the discussion with the police, JCD activists rushed out of the National Press Club through its main gate, sat on the road and a leader began speaking when the police began to charge batons on the activists to disperse them, witnesses said. 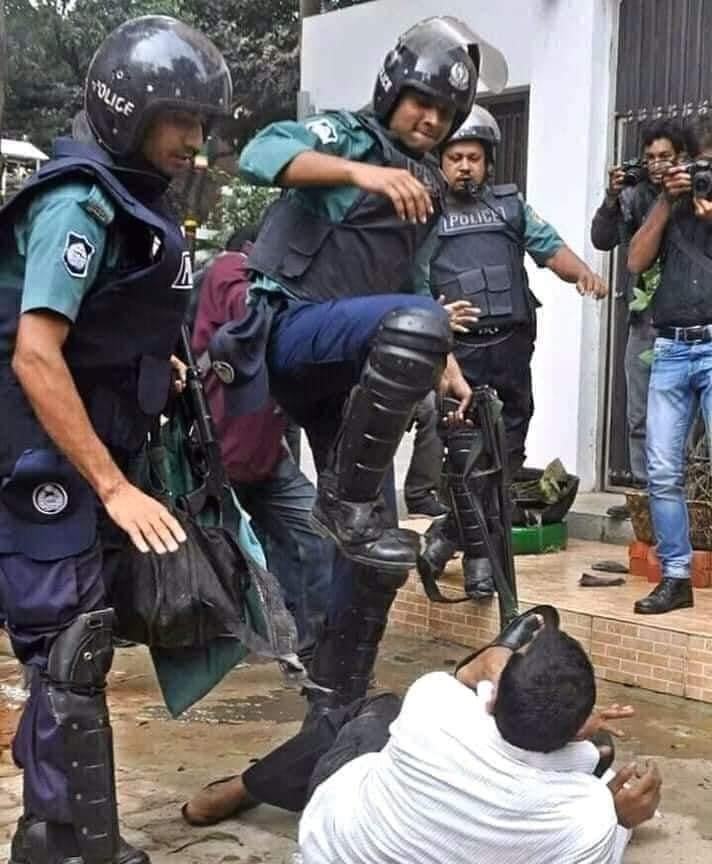 Witnesses also said that the JCD activists then entered the club premises and began to chant slogans protesting against the police action and began to throw brickbats.

The police, meanwhile, stormed into the club premises, lobbed teargas shells and charged batons on the JCD leaders and activists there.

Meanwhile, JCD activists reorganised themselves at nearby BMA Bhaban and adjacent areas and chanted slogans demanding justice for Mushtaq’s death in jail custody as well as protesting against ‘police attack’ on JCD activists and the government’s misdeeds.

They were forced to leave the place when police began to chase them away.

Panic gripped the people in the area during the clash and the passersby began to run for safety.

Talking to reporters, JCD president Fazlur Rahman Khokon claimed that at least 50 JCD leaders and activists including its vice-president Mamun Khan were injured in the police violence.

Witnesses said that a number of people who received minor injuries fled the hospital without taking treatment as police arrived there and picked up seven JCD activists.

BNP secretary general Mirza Fakhrul Islam Alamgir, in a press briefing at the party chairperson’s Gulshan office in the afternoon, condemned the police attack on JCD activists and foiling the JCD’s peaceful rally.

He said that many student leaders and activists were undergoing treatment as they were in serious condition.

‘The police attack again proved that the government was yet to acknowledge the people’s right to freedom of expression and by not allowing the freedom they were depriving people of their democratic rights,’ he said.

DMP additional deputy commissioner for Raman zone Harun-or-Rashid said that they detained at least nine JCD activists after the clash and were securitising and verifying their names and identities.

He said that lodging a case with Shahbagh police station was under process.

ADC Harun said that Chhatra Dal activists attacked them and hurled brickbats at police in a planned manner.

The central unit of JCD, in a statement signed by its assistant office secretary Azizul Haque Sohel on Sunday evening, announced countrywide protest in all the cities, district towns and universities for today against the police attack on JCD activists at the National Press Club and the ‘killing’ of Mushtaq in jail custody.

Earlier, the police had lodged two cases on the night of February 13 with Shahbagh and Ramna police stations against around 500 opposition Bangladesh Nationalist Party leaders and activists, alleging that they attacked the police and obstructed their duties during the party’s demonstration in front of the National Press Club in Dhaka earlier on the day.

Twenty-nine BNP leaders and activists were arrested and placed on remands at that time.