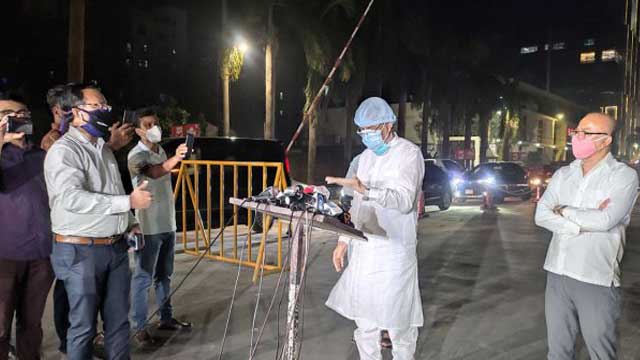 ‘We are frustrated and aggrieved. The government convicted her [Khaleda] in fabricated cases to minus her from politics and the conspiracy was initiated during 1/11,’ Fakhrul told reporters in the evening emerging from Evercare Hospital where Khaleda is undergoing treatment.

He, however, said that Khaleda, also a former prime minister, was breathing without oxygen support in the coronary care unit of the hospital.

He said that physicians informed him that Khaleda was suffering from post-Covid complications.

‘Physicians have told me that the ongoing treatment is not enough for her and she is in danger,’ Fakhrul said.

He said that suspending conviction or allowing her treatment abroad under section 401 of the Code of Criminal Procedure was possible.

‘She is a victim of politics,’ Fakhrul alleged.

Replying to a question, he said that the family of Khaleda would decide about the next move in this regard.