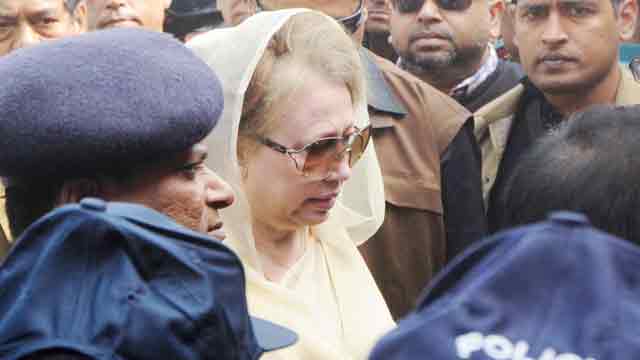 The HC bench of justice M Enayetur Rahim and justice Shahidul Karim fixed the date for taking a decision on a bail petition in the case.

Khaleda Zia’s counsel, lawyer Zainul Abedin, said “We have mentioned the matter relating to Khaleda Zia’s bail before the court in the morning. The court said that it will pass an order on the bail petition after getting documents.”

Lawyers Nowshad Jamir and Kaiser Kamal, on behalf of the BNP chief, submitted the 880-page bail petition showing 31 grounds for granting her bail.

On 8 February, the Dhaka Special Court-5 convicted the former prime minister and BNP chairperson and sentenced her to five years’ imprisonment in the Zia Orphanage Trust case. She was then sent to old central jail at Nazimuddin Road in the city.