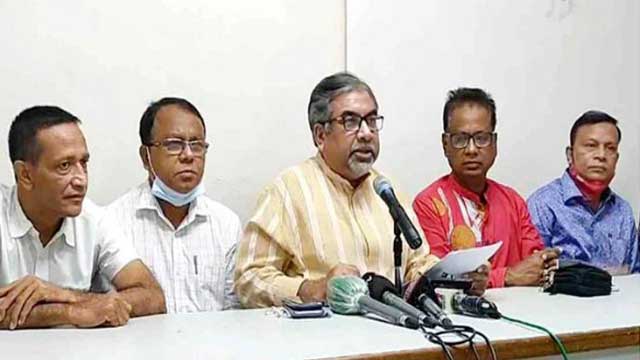 Bangladesh Nationalist Party (BNP) on Tuesday alleged that the government is deliberately trying to obstruct the advanced treatment of its ailing Chairperson Begum Khaleda Zia.

“Our leader Khaleda Zia is currently seriously ill. When her family members submitted an application to send her abroad in May last, the law minister himself said Khaleda Zia's travel abroad was possible only if the conditions under which she was released were revised,” said party Organizing Secretary Syed Emran Saleh Prince.

Speaking at a press conference at BNP’s Naya Paltan central office, he said Law Minister Anisul Haque’s remarks were published in various local and international media, including the BBC and Al-Jazeera.

“But now he [the law minister] is saying it’s not possible to make a U-turn. It’s manifested that the government is deliberately obstructing the treatment of our leader,” the BNP leader added.

He also criticized Information Minister Hasan Mahmud for his remark that the government needs to rethink about taking back Khaleda to jail, saying the minister issued such a threat as BNP is raising voice in favour of people at this difficult time of the country.

“The government is trying to hush up its failure to deceive people by spreading a smear campaign against the BNP and issuing the threat of jail and repression,” Prince said.

He also said their party chief is not completely freed yet from jail as she is apparently in prison with various conditions.

“The government is now trying to hamper her treatment with those conditions.”

Prince alleged that the police keep arresting BNP leaders and activists in different districts, including Chittagong, Mymensingh, Kishoreganj, and Bagerhat, amid the countrywide strict lockdown.

Stating that a day-labourer named Din lslam, in Munshiganj's North Muktarpur area, killed himself out of hunger on Sunday, he alleged that the government is not providing necessary relief assistance to the poor and helpless people during the lockdown.

Refuting the ruling party leaders’ comment that many BNP leaders are trying to join Awami League, he said Awami League is now a sinking ship.

“No one wants to get on a sinking ship. Those who are passengers of the ship are making such comments to hide their failures. You'd rather see in the future how many people are jumping out of the ship to save themselves,” he added.