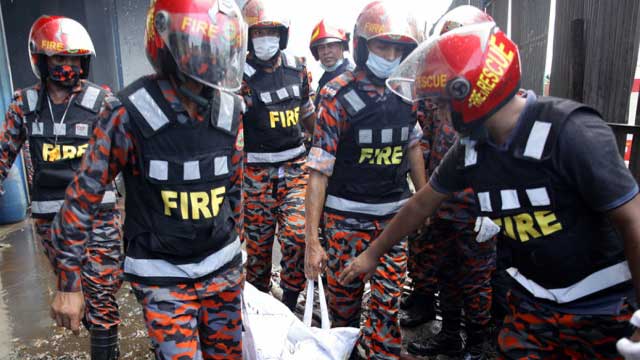 Voicing deep concerns over the loss of huge lives in a factory fire at Rupganj in Narayanganj, BNP on Friday said the country’s most mills and factories lack a safe working environment.

In a statement, BNP Secretary General Mirza Fakhrul Islam Alamgir demanded the government unearth the real reasons behind the fire through a proper investigation and provide adequate compensation to the families of the deceased and injured in the blaze.

He urged the government to take effective measures and action to prevent such incidents and ensure safe workplaces and the safety of workers.

“The deadly fire incident in the factory of Hashem Foods Ltd in Rupganj that have so far taken 52 lives and injured many others is very heartbreaking and touching. I’ve no word to console the families of those killed and injured in this horrific fire. I extend my deepest sympathies to them,” the BNP leader said.

Fakhrul said so many lives were lost due to an unsafe work environment and the indifference of the authorities concerned as well as the government's dual policy over lockdown. “Had the mills and factories been shut during the lockdown, so many innocent people would not have lost their lives.

The BNP leader said the government has enforced a countrywide lockdown to contain the Covid-19 pandemic keeping the mills and factories operational. “Even amid the current horrible situation, the hard-working workers had to come to work risking their lives and they lost their lives ruthlessly by burning in the fire.”

He alleged that various tragic incidents like fires, gas explosions are taking place one after another in different places, including mills, houses, hotels, restaurants, markets and offices, claiming the lives of innocent people. “But the government is not taking any effective measures to prevent these. The mills and factories lack a safe working environment.”

The BNP leader said the government only forms a probe committee and gives various assurances after every incident, but the investigation reports never come to light. “The government can’t avoid responsibility for these tragic incidents and casualties.”

He expressed deep shock and sorrow at the loss of lives in the Rupganj factory fire and prayed for the eternal peace of the departed souls.

Fakhrul demanded proper treatment of those injured in the deadly fire incident.

A massive fire swept through a seven-storey building housing a juice factory of Hashem Food Ltd at Bhulta Karnagop in Rupganj.

So far, the death toll from the fire reached 52 that broke out at 5pm on Thursday.

But the death toll might go up as the search operation still continues on the fifth and sixth floors of the building.