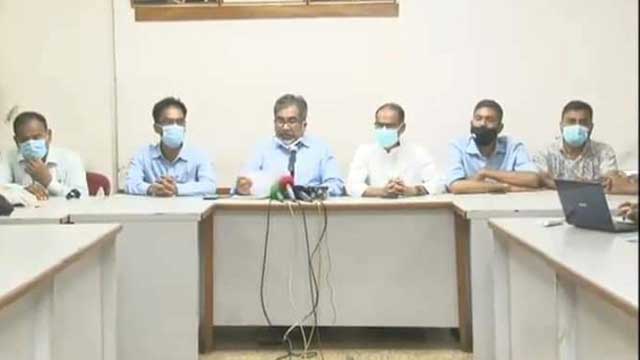 Opposition Bangladesh Nationalist Party on Saturday alleged that there has been ‘massive corruption’ in the construction of houses meant for landless people as the prime minister’s gift under the Ashrayan Project as many of those have collapsed partially or developed cracks in many places.

‘There’ve been limitless corruption, looting, waywardness and politicisation in the construction of the houses for the landless poor, which’s being branded as a gift of the Prime Minister by beating drums,’ said party organising secretary Syed Emran Saleh Prince.

Speaking at a press conference at BNP’s Nayapaltan central office, he also said the way those houses are seen collapsing before or after the handover proves that ‘massive plundering’ in the name of development is going on in the country. ‘A grand festival of looting is on as Bangladesh seems to have become a paradise of unlimited graft.’

The BNP leader demanded the government immediately bring under justice those involved in huge corruption, plundering and extortion in the Ashrayan Project.

He also demanded reconstruction of the damaged houses of the poor and landless people.

Prince said the Ashrayan Project under which the houses were built to give to the homeless, landless, and poor people as the Prime Minister's gift of the Mujib Year was ‘full of irregularities and corruption’ from the very beginning.

‘The names of the poor were included in the allocation list by taking money from them.’

‘Even, the names of established businessmen have been there in the list in exchange for money. Pro-Awami UP chairman and members, presidents and general secretaries of the Awami League and their affiliated upazila and union committees were given the houses keeping quotas for them,’ he said.

The BNP leader also alleged that though the houses were built with the money allocated by the government, the ruling party men indulged in extortion and took money from the poor in the name of purchasing the building materials, transportation cost and wages of construction workers. ‘The poor people had to give the money in the hope of getting houses.’

Besides, he said, the brick, sand, cement, rod and other materials were bought from ruling party men at exorbitant prices. ‘But they supplied substandard construction materials. Though 40 bags of cement were allocated per house, only 10-12 bags were used, and the remaining were done with sand and soil. That’s why the houses now turned vulnerable.’

Prince said the ministers and the ruling party leaders are now talking about zero tolerance towards those involved in corruption, irregularities and looting in the construction of the houses. ‘But they have unknowingly forgotten that the huge corruption they are committing by giving shelter to the corrupt and looters…the country has now turned into a sanctuary for the corrupt.’

About the loss of huge lives in a factory fire at Rupganj in Narayanganj, he said the incident happened due to negligence and indifference of the factory owner who is an Awami League leader. ’He must be brought to justice.’

The BNP leader demanded the government rehabilitate the victims’ families and give them adequate compensations.