Khaleda Zia shifted to cabin from CCU at Evercare Hospital 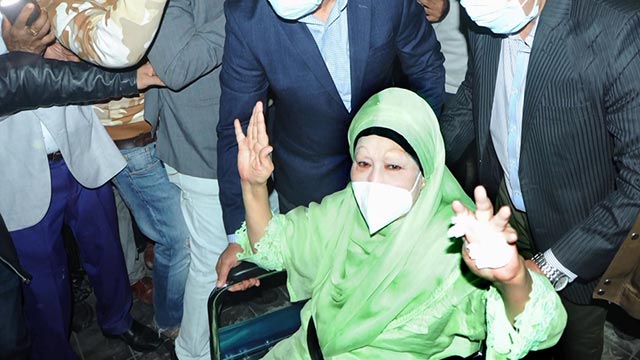 BNP Chairperson Khaleda Zia, who is currently undergoing treatment at Evercare Hospital in Dhaka, was transferred to a cabin from the Coronary Care Unit (CCU) this afternoon (June 15, 2022).

She was transferred to the cabin at 1:10pm as per the recommendation of her medical board, a member of the BNP chairperson's media wing told .

"The members of the medical board, led by Shahbuddin Talukder, head of Evercare's cardiology department, met Khaleda Zia and decided to transfer her from the CCU to the cabin," he said.

"Now she will be in the cabin under constant observation of doctors," he added.

Khaleda, who has long been suffering from various ailments, including liver cirrhosis, arthritis, diabetes and kidney problems, was admitted to Evercare Hospital early Saturday (June 11, 2022) as she fell ill.