Momen’s comment on ‘living in heaven’ is a joke with people: BNP 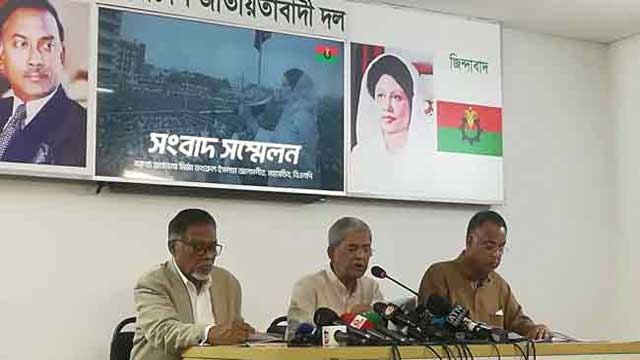 Taking a swipe at foreign minister AK Abdul Momen for his comment that the people of Bangladesh are living in heaven compared to other countries, main opposition Bangladesh Nationalist Party on Saturday said that it was nothing but a joke with people when they were struggling to survive.

‘At a time, when the people of the country are suffering every moment and finding it difficult to survive amid miseries, then the foreign minister said we’re living in heaven. It’s ridiculous,’ said BNP secretary general Mirza Fakhrul Islam Alamgir.

Speaking at a press conference in Dhaka, he also said that it was unjustified for AK Momen to ridicule people at a time of their anguish.

Fakhrul said that the foreign minister had made such somewhat ridiculous remarks in the past. ‘But he has no right to make such a mockery.’

‘I am sorry to speak on a personal level. Lately, what has emerged in his (Momen’s) appearance is that he has become puffed up. What has happened to most of the ministers--let me say in our local language that--their fat has increased, because of widespread plundering,’ he observed.

The BNP leader said that the ministers were ridiculing people only for justifying their plundering. ‘They have started joking with people about this (power) crisis.’

On Friday, foreign minister AK Abdul Momen reportedly told journalists in Sylhet that people in Bangladesh were happier than those in many other countries as if they were living in heaven amid the global recession.