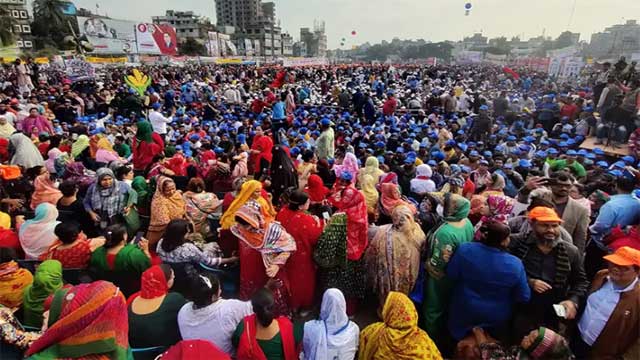 Amid speculations, political tension, arrest of a huge number of party leaders and activists and protracted negotiations, BNP's last divisional rally finally started in the capital's at Golapbagh field this morning. 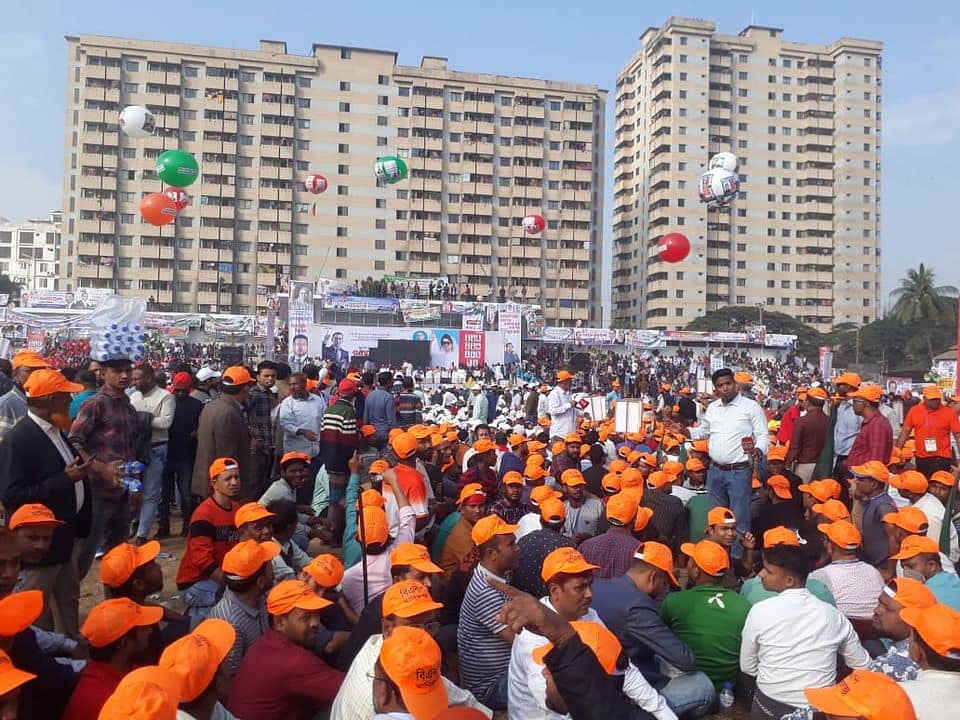 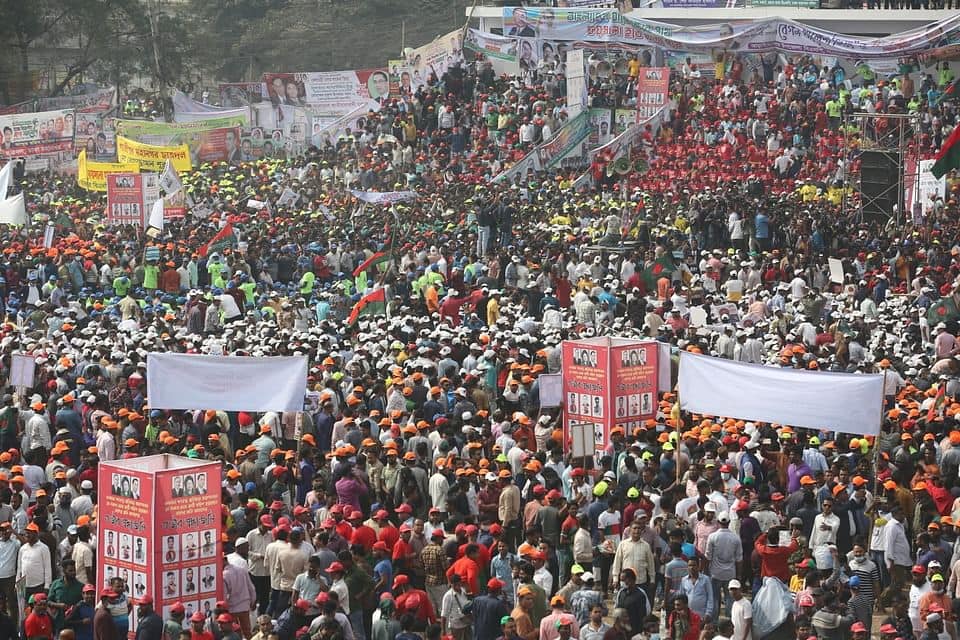 Thousands of BNP leaders and activists have been pouring in Golapbagh field since yesterday afternoon after BNP got permission to hold the rally there.

Shouting slogans and holding placards and paddy sheaf (election symbol of BNP), BNP supporters have been marching towards the venue in processions since dawn.