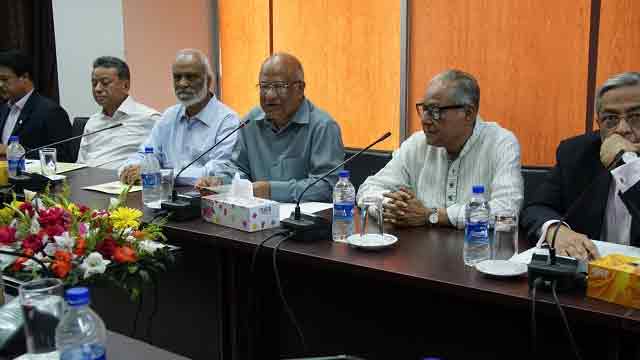 Dhaka, Apr 17 (Just News): BNP on Tuesday demanded deployment of army seven days before the elections to Khulna and Gazipur city corporations billed for May 15.

The party also sought immediate withdrawal of Gazipur Police Superintendent (SP) Harun-ur-Rashid and other partisan officials in the police and administration for the sake of a credible balloting.

A six-member BNP delegation placed the demands at a meeting with Election Commission at the Nirbachan Bhaban.

The BNP team also opposed any kind of use of electronic voting machines (EVMs) in the two city polls.

Talking to reporters after the meeting, Mosharraf said the Commission assured them of considering their demands as it thinks those are logical.