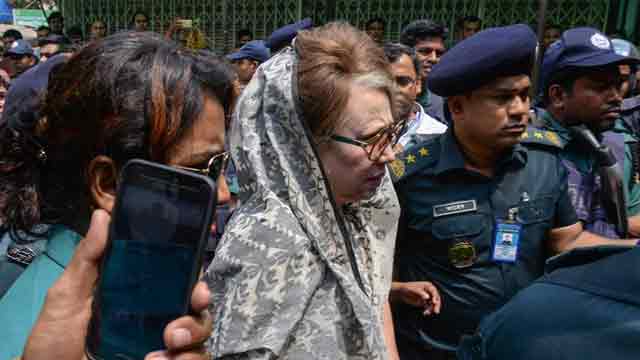 “Three constables, led by assistant sub-inspector (ASI) Md Jafar, had been ensuring securities to Khaleda Zia’s Gulshan residence, Firoza, for a long time. Today [Wednesday] they were withdrawn,” he said.

Gulshan police station officer-in-charge Abu Bakar Siddik said that he knew nothing about the withdrawal of police protection from Khaleda Zia’s residence.

"We [Gulshan’s diplomatic zone police] do not look after the security of Khaleda Zia’s residence," he added.

On 8 February, a special court in Dhaka convicted Khaleda Zia and sentenced her to five years’ imprisonment in the much-talked-about Zia Orphanage Trust case.

She was then sent to the dilapidated old central jail on Nazimuddin Road in the capital.