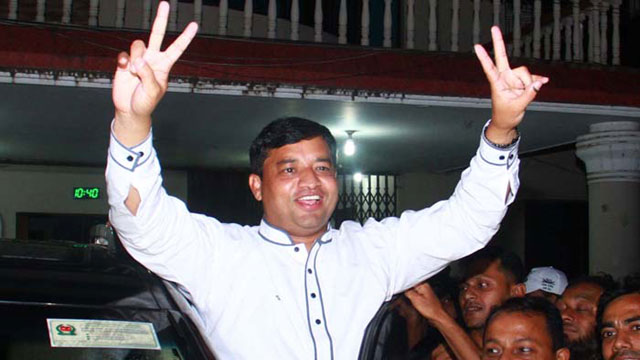 Earlier, voting in the GCC election was held amid BNP's various allegations of irregularities and vote fraud at many polling stations.

The ruling party and its mayoral candidate rejected the allegations claiming that the balloting was largely fair. They said that BNP brought the allegations to make the polls controversial.

The polling that began at 8am ended at 4pm without any break at 425 polling stations.

The turnout of voters was said to be around 50 per cent.

Earlier, in the day, BNP mayoral candidate Hasan Uddin Sarker urged the Election Commission (EC) to stop voting immediately citing irregularities in voting. He came up with the demand at a press conference in Gazipur.

"They (AL men) captured over 100 centres since the morning after driving out my polling agents and established full control over all the polling stations by 1pm," the BNP mayoral candidate said.