No action for AL candidate over code violation in RCC polls: Rizvi 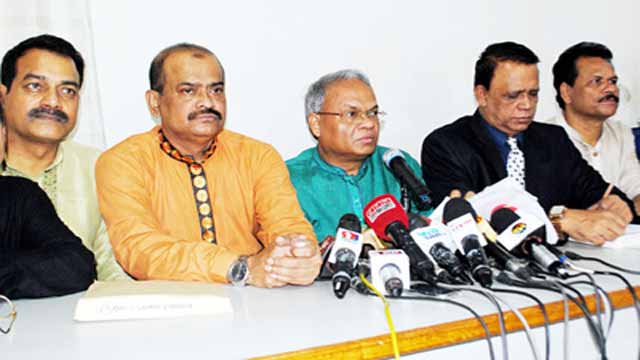 Dhaka, Dec 15 (Just News): BNP on Friday alleged that the Election Commission is playing a silent role over violation of election code of conduct by ruling party and its alliance candidate in Rangpur City Corporation.

"The mayoral candidates of the ruling party and its alliance are repeatedly violating the electoral code of conduct. But the Election Commission is not taking any action; they are playing in an inactive role," alleged BNP senior joint secretary general Ruhul Kabir Rizvi.

He came up with the allegation at a programme at Dhaka University former vice-chancellor Professor Emajuddin Ahamed's residence on the occasion of his birthday.

Rizvi also alleged that a conspiracy is on to remove BNP mayoral candidate from the election race.

The BNP leader also said the BNP candidate is being fined repeatedly over trivial matter.

Rizvi also said not only the BNP candidate but also his supporters are being obstructed from in carrying out election campaign.

"We strongly condemn the partial role of the Election Commission, "said the BNP leader.

Rizvi, BNP standing committee member barrister Jamiruddin Sircar, among other leaders and activists, were present at the celebration.

The election to Rangpur City Corporation is scheduled to be held on December 21.