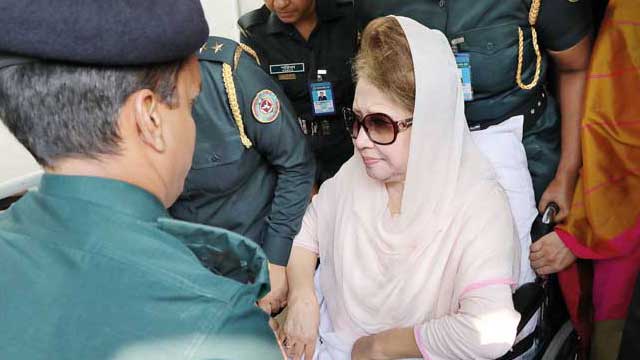 However, Khaleda Zia has declined and will not be going there today, Sunday.

The prison authorities say Khaleda Zia has displayed unwillingness to go to BSMMU.

According to the hospital authorities, VIP cabins 621 and 622 had been prepared for Khaleda Zia.

BSMMU director brigadier general Abdullah Al Harun had said that they had taken all preparations for the BNP chairperson’s health check, but later in the afternoon he said she would not be coming today (Sunday).

She would come sometime in the future, he added.

The jailor of Dhaka Central Jail, Mahbubul Islam, said that it was up to Khaleda Zia as to whether she would go to hospital or not, but the prison authorities had taken all due preparations.

Appearing in court on 3 March, Khaleda Zia had said she was feeling extremely unwell.

The home minister later told journalists that the BNP chairperson would be taken to BSMMU for a health check.