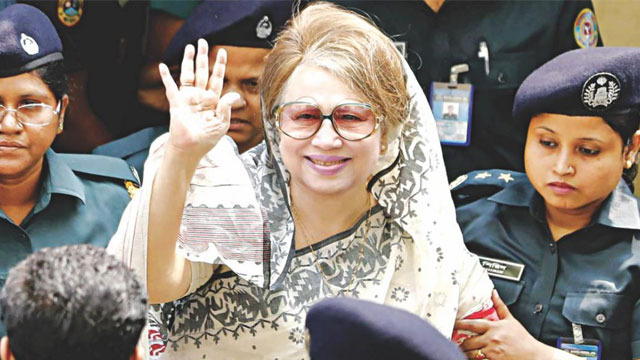 Jail authorities today failed to produce BNP Chairperson Begum Khaleda Zia before a Dhaka court in Barapukuria coal mine graft case as she expressed “unwillingness” to appear before the court.

As she was not produced, the court adjourned until April 9 the hearing of charge framing of the case against Khaleda Zia and 15 others.

Of the 16 accused, Barrister Aminul Huq could not appear before it as he is now at Singapore for treatment purposes.

The 14 other accused who are now on bail were present at the courtroom today.

The Dhaka Court on February 26 had directed jail authorities to produce Khaleda before it today for charge framing hearing in the graft case.

The fifteen other accused in the case were also asked to appear before the court for the hearing.