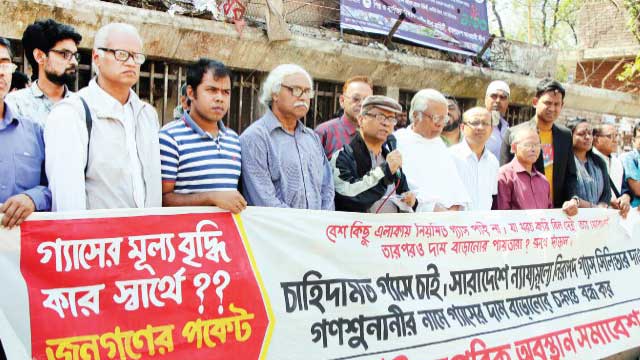 Gonoforum will stage demonstration across the country on Tuesday protesting the gas price hike and the national budget for the 2019-20 fiscal.

Gonoforum, which recently came into limelight by taking part in the December 30 national election through forging a unity with BNP-led 20-party alliance and some other political parties, today made the announcement.

The party will also bring out a procession from in front of the National Press Club in Dhaka on that day.

BNP, Gonoforun and Krishak Sramik Janata League extended their moral supports to the hartal and called upon people to make the protest programme a success.

Earlier on June 15, Gonoforum rejected the proposed national budget for 2019-20 fiscal terming it as frustrating and anti-people.