Get ready for movement for Khaleda Zia’s release 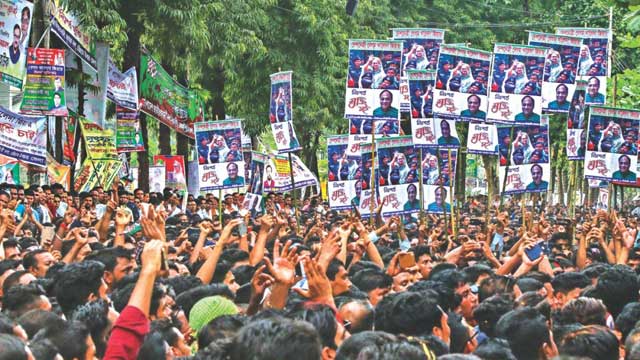 Bangladesh Nationalist Party secretary general Mirza Fakhrul Islam Alamgir on Saturday urged the leaders and activists of the party to get ready for a greater movement to free imprisoned party chairperson Khaleda Zia.

Fearing cases BNP leaders and activists were now pulling rickshaws leaving their hometowns and they have been living inhuman life, said Fakhrul. 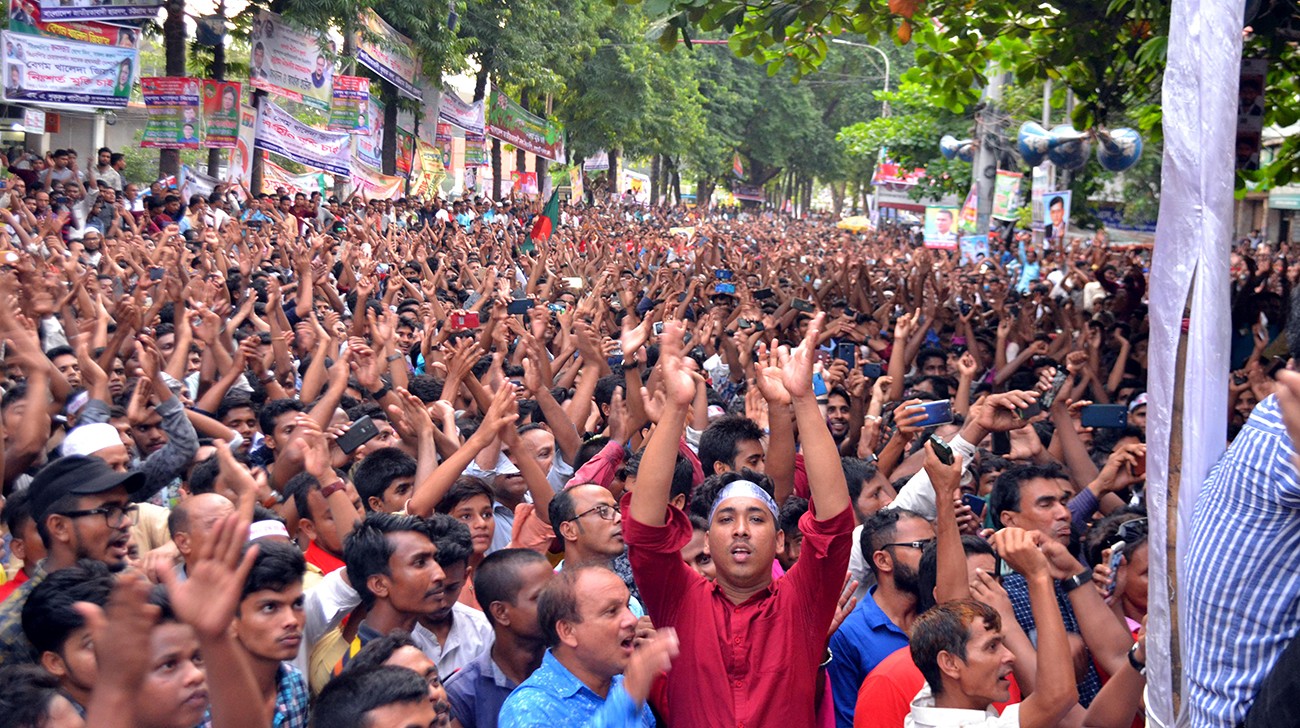 Fakhrul said that the ruling Awami League government had crossed all the limits in every sector.

‘Khaleda Zia is the symbol of sovereignty. She struggled for 30-40 years for the citizens of Bangladesh. She protested against autocrat government and brought back democracy in the country. But nearly 36 cases were filed against her. There is no leader of BNP who is not facing a case,’ said Fakhrul while addressing a rally in front of BNP’s Chattogram office at Nasiman Bhaban in Kazir Dewri of the port city. 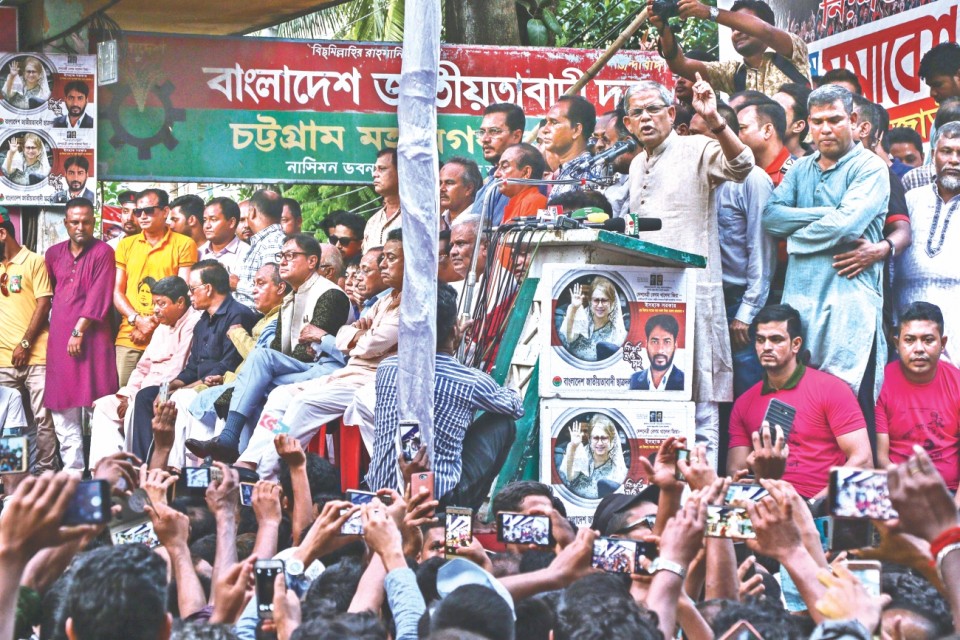 He said that now everything — ranging from judiciary to law enforcement — was under the control of government. ‘So, if the government wants, Khaleda Zia would be freed,’ he said.

He urged all leaders and activists to get ready for the greater movement to bring the party chairperson out of jail.

Fakhrul said Khaleda’s physical condition was deteriorating day by day in jail and she was not getting proper treatment.

BNP standing committee member Gayeshwar Chandra Roy said that now Sheikh Hasina has taken the role of the chairman of Anti-Corruption Commission, the role of jailer, the role of judge. ‘She is all in all. She alone is ruling the country,’ he said.

He said that this government was unable to kill a mosquito but it kills people.

Mirza Fakhrul Islam Alamgir demanded to nullify the present Election Commission and to form a new commission comprising “persons accepted by all”.

“People do not have any trust on the Election Commission and electoral system any more. As a result, very few voters, around 15 per cent, cast their votes in the by-elections,” Fakhrul said.

“So, we demand cancellation of this EC and formation of a new commission comprising qualified persons who are accepted by everybody,” he said.

“They [government] even interfere into the task of media,” he said, adding that the government has made the judiciary, police and administration partisan.

Criticising the budget of 2019-20 fiscal year, Fakhrul said it would favour the rich and bring miseries to the poor.

“Already prices of essentials have increased after passing of the budget,” he said.

BNP National Standing Committee Member Khondokar Mosharraf Hossain said the EC published the result of the December 30 national polls after six months where it was seen that 100 per cent votes were cast at 213 polling centres.

This clearly shows the state of the polls, he said.

“Government tried to destroy BNP, but BNP cannot be destroyed,” he added.

Moudud Ahmed, another standing committee member of BNP, said the government is responsible for creating a great crisis by sheltering 11 lakh Rohingya people.

“It is the diplomatic failure of the government for which no country stands by us,” he said.

“Now, government is making permanent shelters for Rohingya people... they would spread terrorism after some days,” Moudud also said.

“Rohingya people will have to be repatriated immediately... if the government fails in this regard, they should step down,” he added.

Gayeshwar said that they would not demand freedom for party chairperson to the Awami League rather they would pull down those who were hindering her freedom.

BNP vice-chairman Mir Mohammad Nasir Uddin said that it was impossible to destroy BNP as it was the party made for the common people.

He said that it was impossible to free Khaleda through legal way. ‘So, we need to declare tougher movement and we would start it from Chattogram,’ he said.