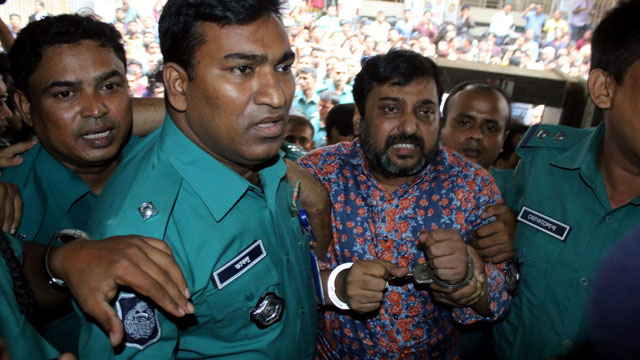 Dhaka Metropolitan Magistrate Tofazzal Hossain placed him on a 5-day remand in an anti-narcotics case and an arms case each.

Samrat was taken to Keraniganj central jail on Saturday after he was discharged from the National Institute of Cardiovascular Diseases.

On Tuesday last, the authorities of Keraniganj jail took Samrat to Dhaka Medical College Hospital after he complained of chest pain.

Rab members arrested Samrat and Arman from Chauddagram upazila in Cumilla on October 6.

He was then sent to Dhaka Central Jail in Keraniganj on that day.