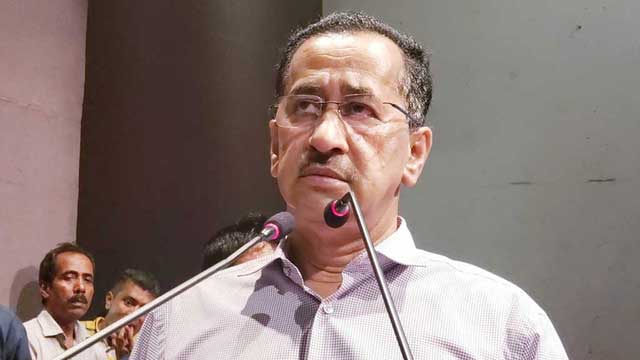 The decision came from a meeting held at Ganabhaban with Awami League president Sheikh Hasina.

The meeting was called Sheikh Hasina to talk into the preparation of Juba League’s seventh national congress scheduled for November 23.

Emerging from the meeting, AL general secretary Obaidul Quader told reporters that Omar Faruk Chowdhury was relived from the post as there was some allegation of irregularities against him.

He said a sub-committee for the preparation of national congress led by its presidium member Chayan Islam as convener and general secretary Harunur Rashid as member secretary was made from the meeting.

All members of Juba League’s working committee would work of as member of the sub-committee.

He said none was made acting chairman as the sub-committee assigned to lead the organisation.

The meeting also decided set age limit of 55 years to be leader of the organisation, Quader said.

Sheikh Hasina called the meeting after Juba League leaders had sought her suggestion as Omar Faruk did not joining any party activities.