Khoka’s body to arrive from US Thursday 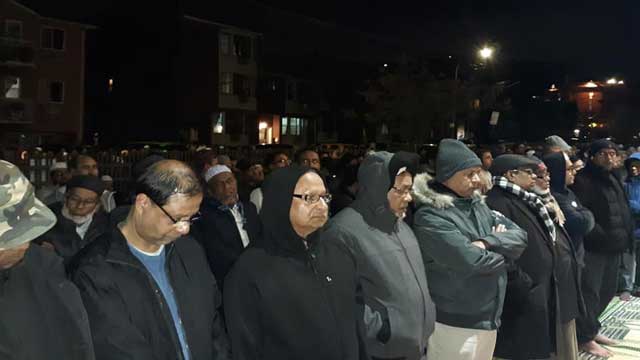 The body of freedom fighter and former mayor of undivided Dhaka City Corporation Sadeque Hossain Khoka is expected to arrive in Bangladesh from US on Thursday morning.

An Emirates flight carrying his body will leave New York's JF Kennedy Airport at 11:30pm Tuesday (local time) and is expected to reach Dhaka at 8:10am on Thursday (Bangladesh time), said family members.

Meanwhile, Khoka's first namaz-e-janaza was held at Jamaica Muslim Center in New York where huge Bangladeshis living in the US joined.

Khoka, also the vice chairman of BNP, passed away yesterday in the USA at the age of 68.

He breathed his last while undergoing treatment for cancer in a hospital. He had been suffering from kidney cancer since 2014 and his condition worsened a few days ago.

Ishraque Hossain, eldest son of Khoka said that his father wished to be buried at Jurain where his grandparents were laid to rest.