Govt had a role in ‘foiling’ DNCC by-polls: BNP 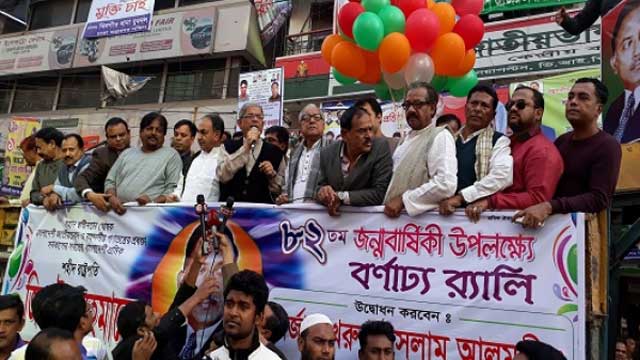 Dhaka, Jan 19 (Just News): Bangladesh Nationalist Party (BNP) on Friday alleged that the government's inaction over the apex court's stay order on the mayoral by-polls to the Dhaka North City Corporation (DNCC) has exposed that it has a role in 'foiling' the scheduled election.

"The Dhaka north city corporation by-election was stayed due to a behind-the-scene role of the government's law ministry and the election commission," Fakhrul said while talking to reporters after placing a wreath at BNP founder Ziaur Rahman's grave at Sher-e-Bangla Nagar, marking his 82nd birth anniversary.

He alleged that the government did it to avoid its sure defeat in the by-polls.

As per the schedule declared by the election commission, the by-polls were scheduled to be held on 26 February.

The DNCC mayoral post fell vacant with the death of Annisul Huq on 30 November last year.

Fakhrul said the election commission (EC) has also demonstrated its 'incompetence and failure' by announcing the schedule for the by-polls without completing all the necessary activities.

About the 11th parliamentary polls, he said the government must reach an understating through talks with political parties for holding the election in a fair and credible manner.

"If a level-laying field is not created and Khaleda Zia is not freed from political cases a credible election won't be possible to hold," Fakhrul observed.

Speaking at a discussion at the National Press Club, Moudud said had the government been sincere for holding the by-polls it would have moved to the Appellate Division challenging the HC order.

"But they're inactive over the issue. It appears that the High Court's order is permanent one, and no appeal can be made against it. Their silence has manifested that the government and election commission are agreed on the stay order," he observed.

The BNP leader also alleged that the government is unwilling to hold the DNCC by-polls in fear of losing in it.

Moudud, also a former law minister, said the government can still appeal against the stay order if it really wants to hold the by-election.

He also came down hard on attorney general Mahbubey Alam for not appearing before the High Court during the hearing on the writs seeking stay on the by-polls.

"Our attorney general is a very active man to protect the interests of his party and the government. Even, he appears before the court over the issue of a ruling party-backed Union Parishad chairman or a member. But he was not present before the court for two consecutive days during the hearing on the writ," Moudud said.

He said the AG escaped the hearing on a very important case as the government wanted the court to give the stay order.

The BNP leader said even the EC lawyer also played an inactive role in this regard as it also wanted such order from the court.