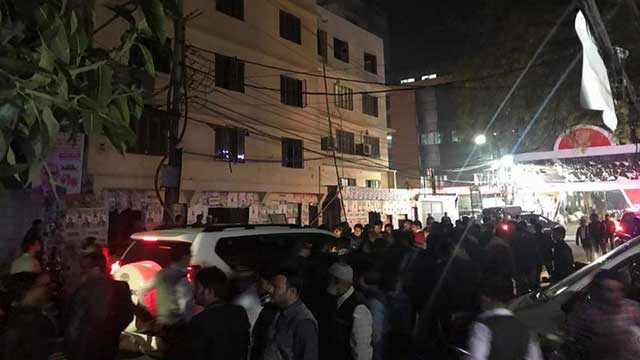 AL General Secretary Obaidul Quader made the announcement at the party president Sheikh Hasina's Dhanmondi office this evening as a group of BCL leaders staged a demonstration there demanding cancellation of the sub-committees, the party source said.

"We will announce a fresh committee within next three months with the dedicated formers Chhatra League leaders," said Quader.

On information, a group of former BCL leaders, who deprived of posts in the committee, expressed their dissatisfaction alleging that some former leaders and activists of Jatiyatabadi Chhatra Dal, pro-student organisation of BNP, have been included in the committee.

According to witnesses, Quader was discussing on a district committee with some other senior leaders at the first floor of the new building of the party president’s Dhanmondi office around 6.00 pm.

At that time some former BCL leaders, who are deprived of the post, started a demonstration in front of the room.

At one stage, they tried to enter the room, but the room was locked from inside. Then the demonstrators chanted slogans for cancelling the committees.