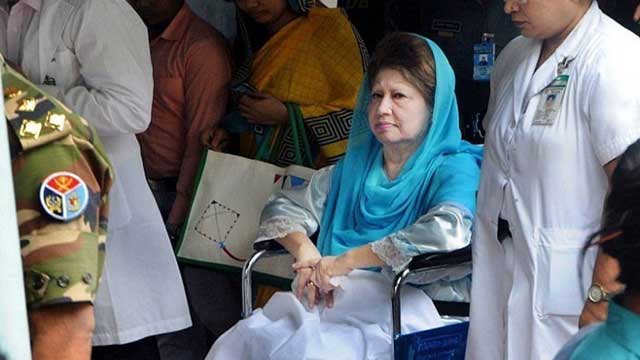 The court asked the Bangabandhu Sheikh Mujib Medical University to place Begum Khaleda’s health reports before it by December 5.

It also fixed the same date for passing order on the bail petition filed by the former premier in the corruption case in which she was imprisonment by a trial court.

A six-member bench of the Appellate Division of the SC headed by Chief Justice Syed Mahmud Hossain passed the order today.

Begum Khaleda Zia was convicted in Zia Charitable Trust case and sentenced to seven years' rigorous imprisonment by a special court on October 29, 2018.

Earlier on February 8 the same year, she landed in jail being sentenced to five years' imprisonment in Zia Orphanage Trust case by the same court.

The High Court later extended her jail term to 10 years.