Govt to be responsible if anything wrong happened with Khaleda Zia 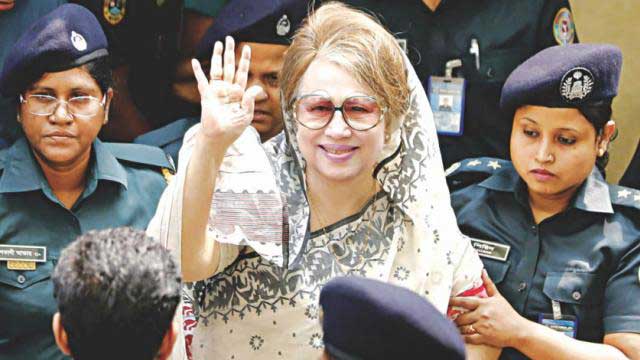 Khaleda deserves bail on humanitarian ground and the government will be held responsible if anything untoward happened with her, Kamal told reporters after a meeting held at his law chamber in Motijheel in Dhaka this afternoon.

Responding to a query over Khaleda Zia’s bail, Kamal said, “Of course, there must be a chance for her bail.”

Demanding immediate release of Khaleda Zia considering her physical condition, Mannan, in the statement, said the BNP chief was “confined in jail deliberately”.

The BNP chief landed in jail in February last year after a Dhaka court had handed five-year jail term to her in the Zia Orphanage Trust corruption case.

On November 28, the Appellate Division deferred the hearing on Khaleda Zia’s bail petition in the Zia Charitable Trust case till December 5.

The court also asked the BSMMU to place Khaleda’s health reports before it by December 5.

Later, she was also convicted in the Zia Charitable Trust case.

Khaleda Zia lost her appeal with the High Court as it increased her punishment in the Zia Orphanage graft case to 10 years in prison.

The High Court on October 4 last year directed the government to immediately admit Khaleda to the BSMMU for treatment.