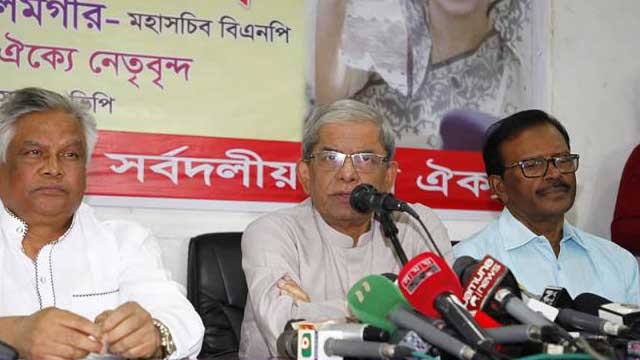 The BNP has claimed that the doctors daren't report on the health condition of jailed party chief Begum Khaleda Zia other than the government says so.

"I don't know how brave anybody can be amid such [jumbled] situation in the judiciary. When the head of the government tells that she [Khaleda] fells better then how the doctors can dare report that she is ill," said Secretary General Mirza Fakhrul Islam Alamgir.

Fkharul's remarks came at a programme organized by several pro-BNP bodies at the capital’s National Press Club on Friday (Dec 6).

"On the previous day (Dec 4), the prime minister claimed that the BNP chief feels better and is in good health. It should have been a contempt of court," he claimed.

“We are disappointed with the issues,” he added.

Fakhrul demanded a bail to Khaleda Zia be granted on humanitarian grounds.

“Delay in proper treatment can result in her [Khaleda] incurable malady, even death,” he added.