Will welcome new leadership if not re-elected: Quader 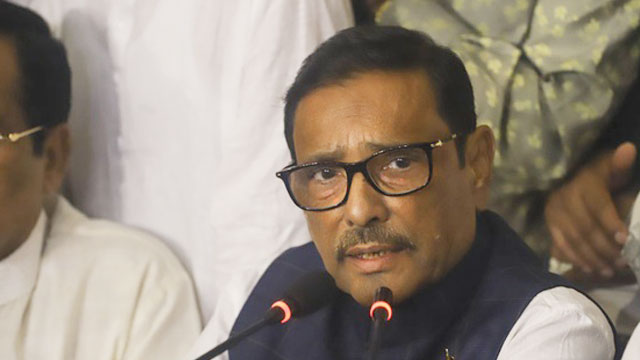 Awami League (AL) General Secretary Obaidul Quader said he will welcome new leadership if he is not re-elected in the party’s 21st national council to be held on December 20-21.

If AL President Sheikh Hasina wants Quader to discharge the duty for the second term, he would continue, the AL leader said.

Quader, also road transport and bridges minister, was briefing the reporters on current issues at his Secretariat office this afternoon.

Asked about the leadership in the council, Quader hinted of reshuffle as “there are some non-performers in the party”.

He further said that the party is considering increase of the women empowerment.

The AL’s 21st national council will be held on December 20 and 21 to elect the party’s next leadership.