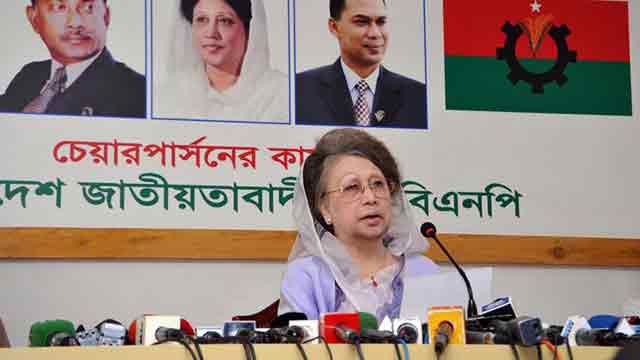 Dhaka, Jan 24 (Just News): Describing the current government as a neo-Baksal, BNP chairperson Begum Khaleda Zia on Wednesday said a strong movement must be waged to restore democracy by defeating it.

In a statement, she said, People are now strongly committed to ousting the neo-Baksal regime. We must remove this heavy stone of Baksal through a vigorous movement.

The BNP chief issued the statement on the occasion what her party said ‘Democracy Killing Day’, marking the introduction of one-party Baksal rule on January 25, 1975 through the 4th amendment to the constitution.

Khaleda Zia said the then Awami League government in 1975 had established a one-party rule, Baksal, on this day in a bid to ‘cling to power forever by annihilating multiparty democracy’.

She alleged that snatching people’s basic and human rights is the tradition of Awami League. They annulled the caretaker government system through the 15th amendment to the constitution sensing their debacle in fair polls.

The BNP chief also said the current government has eliminated the last sign of the rule of law, and snatched people’s voting rights, freedom of expression and association by establishing its dictatorship.