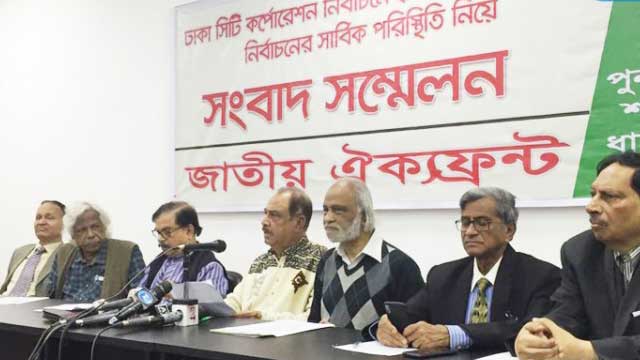 Jatiya Oikyafront today urged the Election Commission to change its stance of using the Electronic Voting Machine (EVM) in the Dhaka north and south city corporation elections scheduled for January 30.

“EVM is a new method for robbing vote. Reject it and throw it into the Bay of Bengal,” Oikyafront leader ASM Abdur Rab came up with the call while addressing a press conference at the National Press Club in Dhaka this afternoon.

Rab, also president of Jatiya Samajtantrik Dal, said people do not trust the government and the Election Commission. The government is hatching efforts to hang on to power without holding a free and fair election, he alleged.

Claiming that any kind of technology runs on command of people, Rab said the people who will engage in dealing with the devices will snatch people’s voting rights.